Still scratchin’ on the eight ball: tales of an afternoon in Hot Springs, MT

Hot Springs, MT, is a tiny community tucked up against a ridge to the west and back a mile or so off the highway leading up to Kalispell, which is some 60-odd miles to the north. The county put the hospital in Hot Springs some years back, but it did not work out and now the hospital is in Plains, which is no great shakes either but it is by the river on state route 200 which goes to Paradise so there’s that.

Anyway, Hot Springs comes by its name honestly and that’s pretty much why anyone comes here. It’s a town of deep poverty – our hotelier, who is on the town council, told me the poverty rate is 40%; the countywide unemployment rate, I am told, is 22% (a small business owner in Plains said the economic decline began under Clinton when most of the sawmills were closed, and according to him things have gotten worse with Obama – team blue is a little scarce on the ground around here).

There are four places in town to have a nice soak in the natural hot springs. Two are on Native American land and two are at motels. Our motel is one of them and it has a couple of claw foot tubs you can soak in, but I’m getting a little ahead of myself.

So after yet another beautiful ride through the countryside: 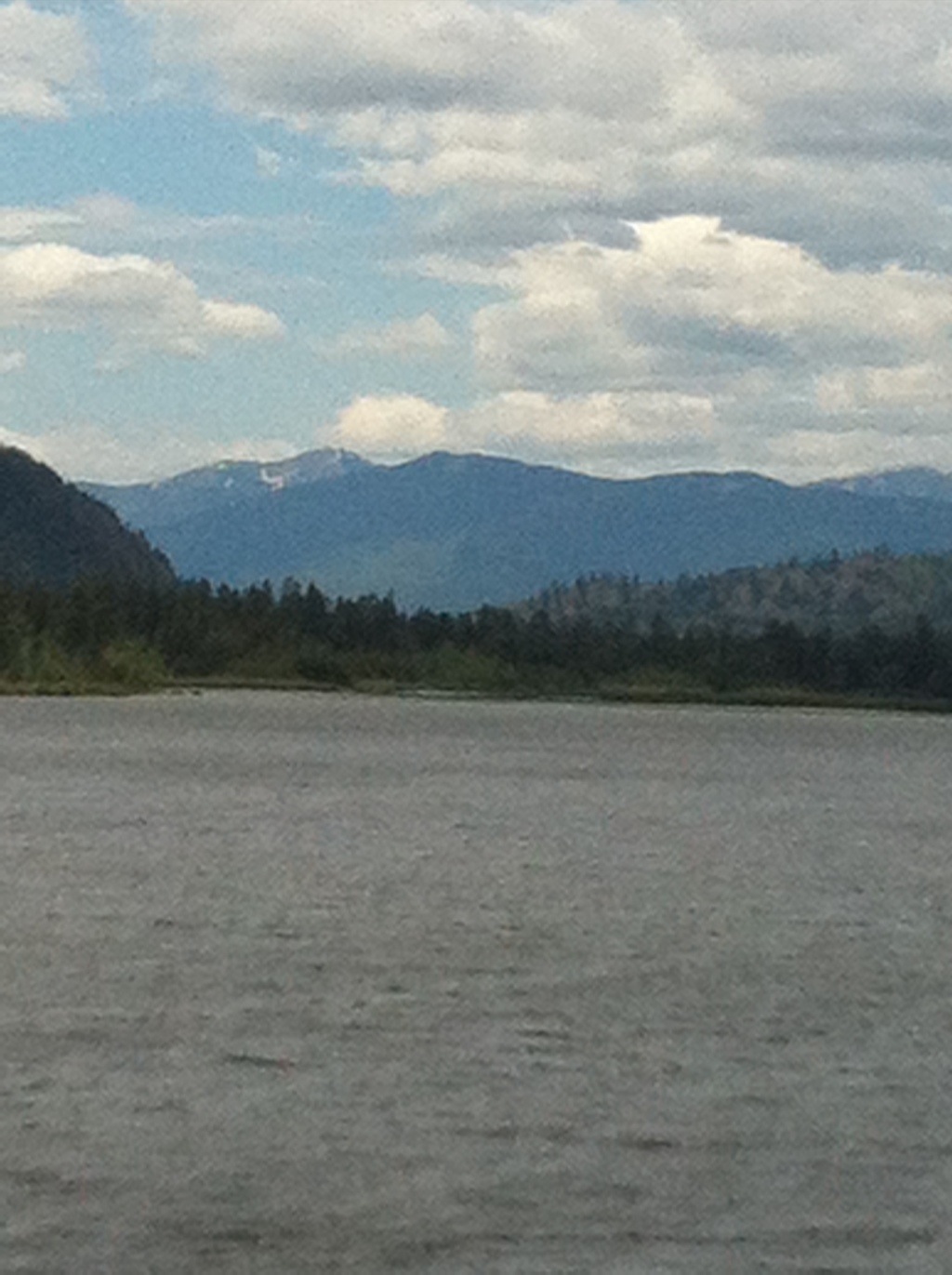 I got into Alameda’s Hot Springs Retreat 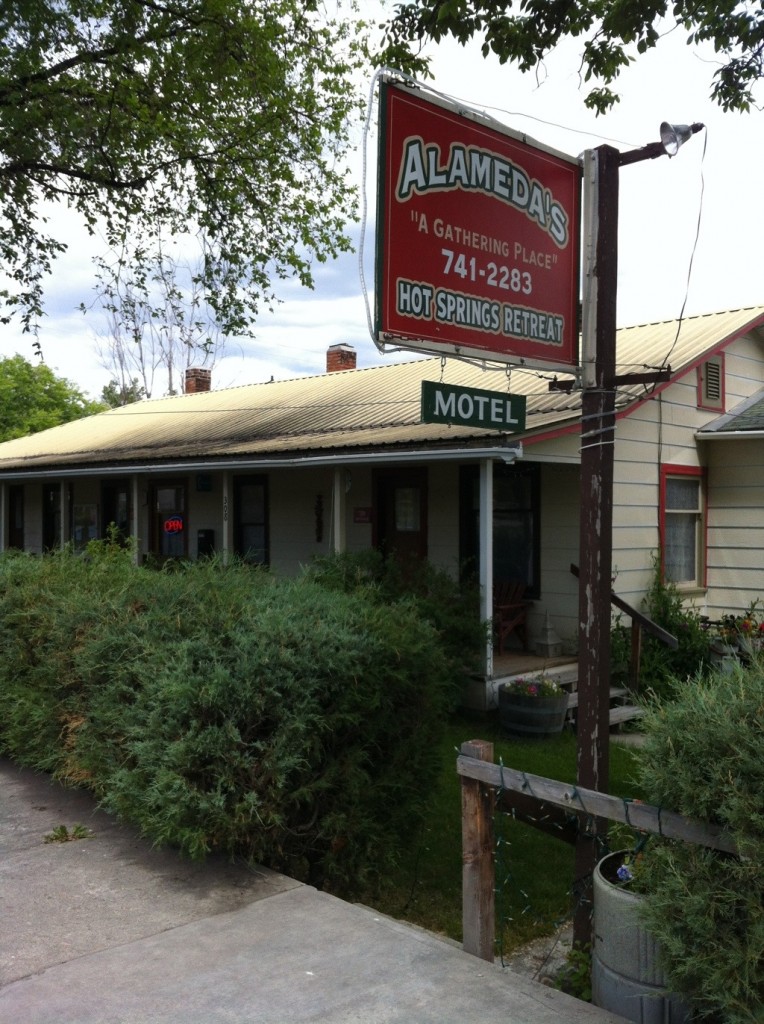 whereupon I got the lay of the land from Paul, our innkeeper, and went “uptown” to have a beer at Fergie’s.

Which turns out to be eponymously named, as the eldest scion of the Ferguson clan took over an existing bar and turned it into the town’s only place to eat. After a tasty brown ale (Cold Smoke), I decided to see if the woman playing pool by herself wanted to have a friendly game.

Welll, turns out taciturn Stacey, whose thumb almost got cut off (and which she allowed she probably should have gotten stitches for), is a biker chick who was passing through town with her man, who was sitting over at the nearby table.

She was a decent pool player, and as I said didn’t say a whole lot, but we had a good game and I wish I could say it was her biker dude that threw me off at the end but it was really just me scratchin’ on the eight ball again.

After that I went down to Rose’s, one of the non-motel soaking pools. It’s a simple affair with an honor system payment arrangement, and it’s absolutely delightful, 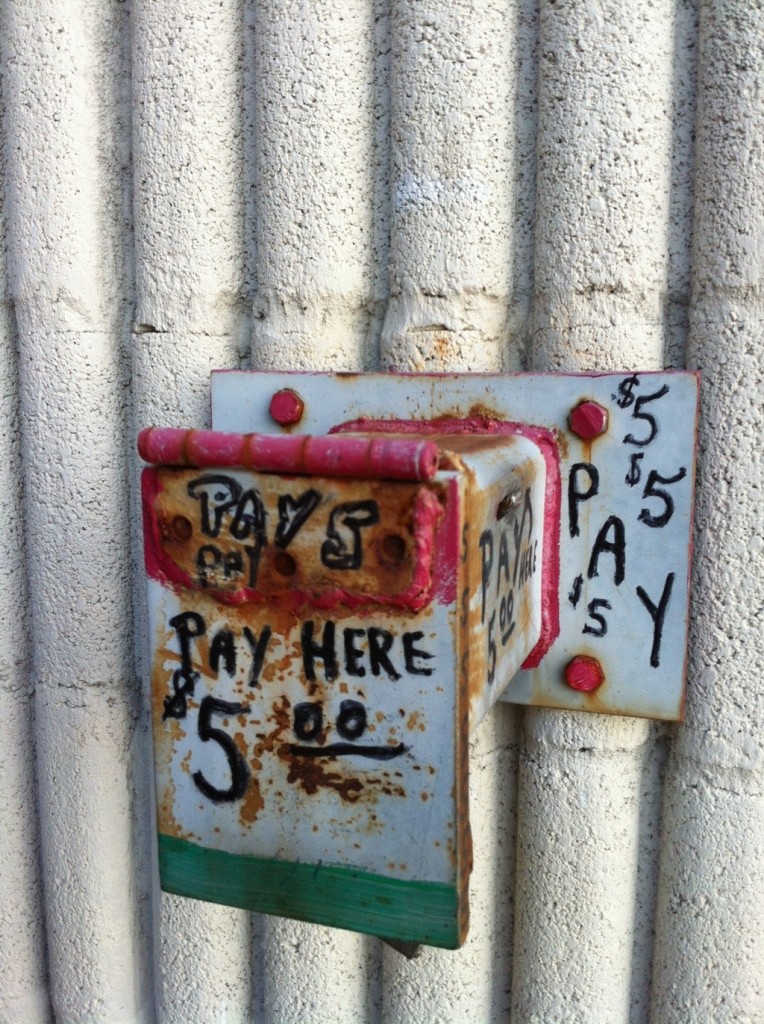 I intruded on the solitude of a local organic beef rancher named Colleen who was a friendly and forthcoming interlocutor about a wide range of topics from local Montana politics to different trends nationally. It’s hard to do justice to our conversation in a short post, but Colleen had a measured optimistic outlook about the future even as she acknowledged she didn’t see a clear path ahead. Part of her optimism was simply based on the prospects of generational change but mostly it had to with a sense that in different ways and for different reasons people feel like the status quo does not and cannot work anymore.

She says people are looking for change and are making small changes in their lives (the increasing concern about food safety and the embrace of small-scale local suppliers and organic producers being one example), but it hasn’t yet added up to a coherent push for a new direction. Right now, it’s more of a mood (always a tricky thing to generalize about; cf. Brooks, David and Friedman, Thomas) and a receptivity to a new approach. But it seems like we are still too stuck in existing patterns for this election to tap into or mobilize this amorphous sensibility.

Refreshed from my long hot soak in the mineral waters, I collected Roger and we went up to Fergie’s for a pizza. At Rachel’s suggestion 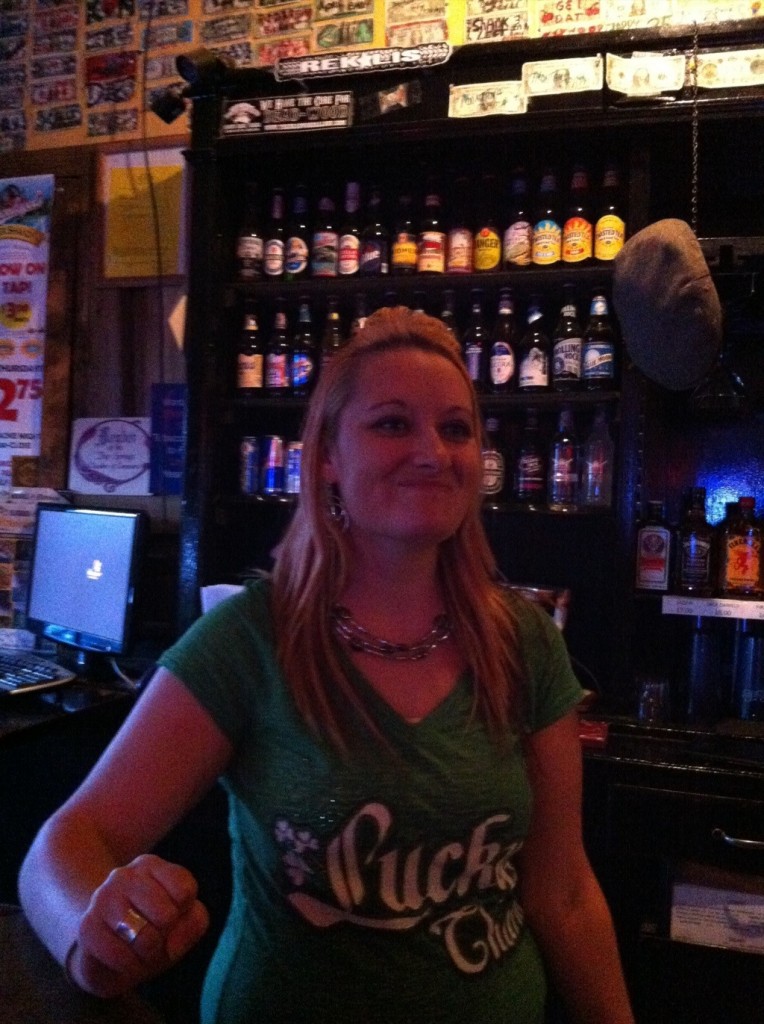 we opted for the cardiologist full-employment special: the BBQ chicken wing with Alfredo sauce and garlic butter 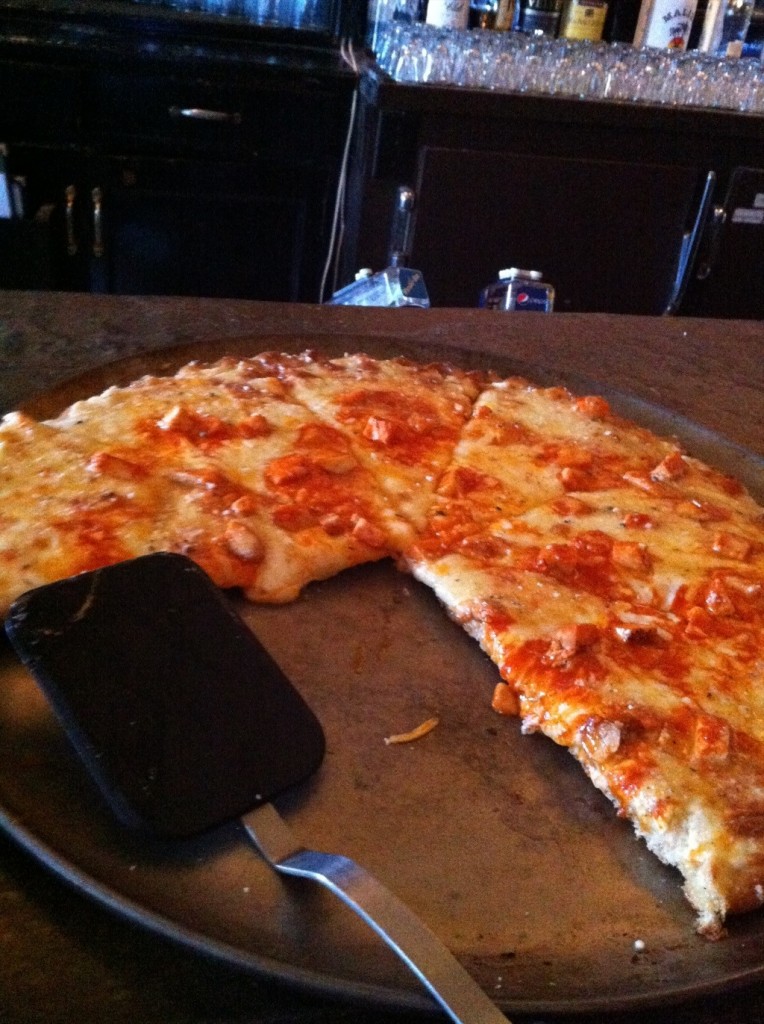 Besides being a bartender, Rachel is an EMT and had some amusing-horrifying tales about the “frequent fliers” she and her colleagues deal with.

We ended the night sharing a bottle of wine with Paul and his friend Becky and her daughter Geneva. Great company in a truly remarkable little place off by its own.

Those of you who have seen anything of my FB posts may have been wondering if I might start posting pictures of food. Well wonder no more – after the shot of the awesome chicken-fried steak the other day, I’m thinking I might start keeping a pictorial record of some of the more memorable meals on this trip.

First off, at the something or other Grill in T Falls, I had a grilled chicken Greek salad that was quite tasty but which lacked tomatoes, olives and cucumbers.

Remember kids, in Montana the tzatziki makes it Greek! 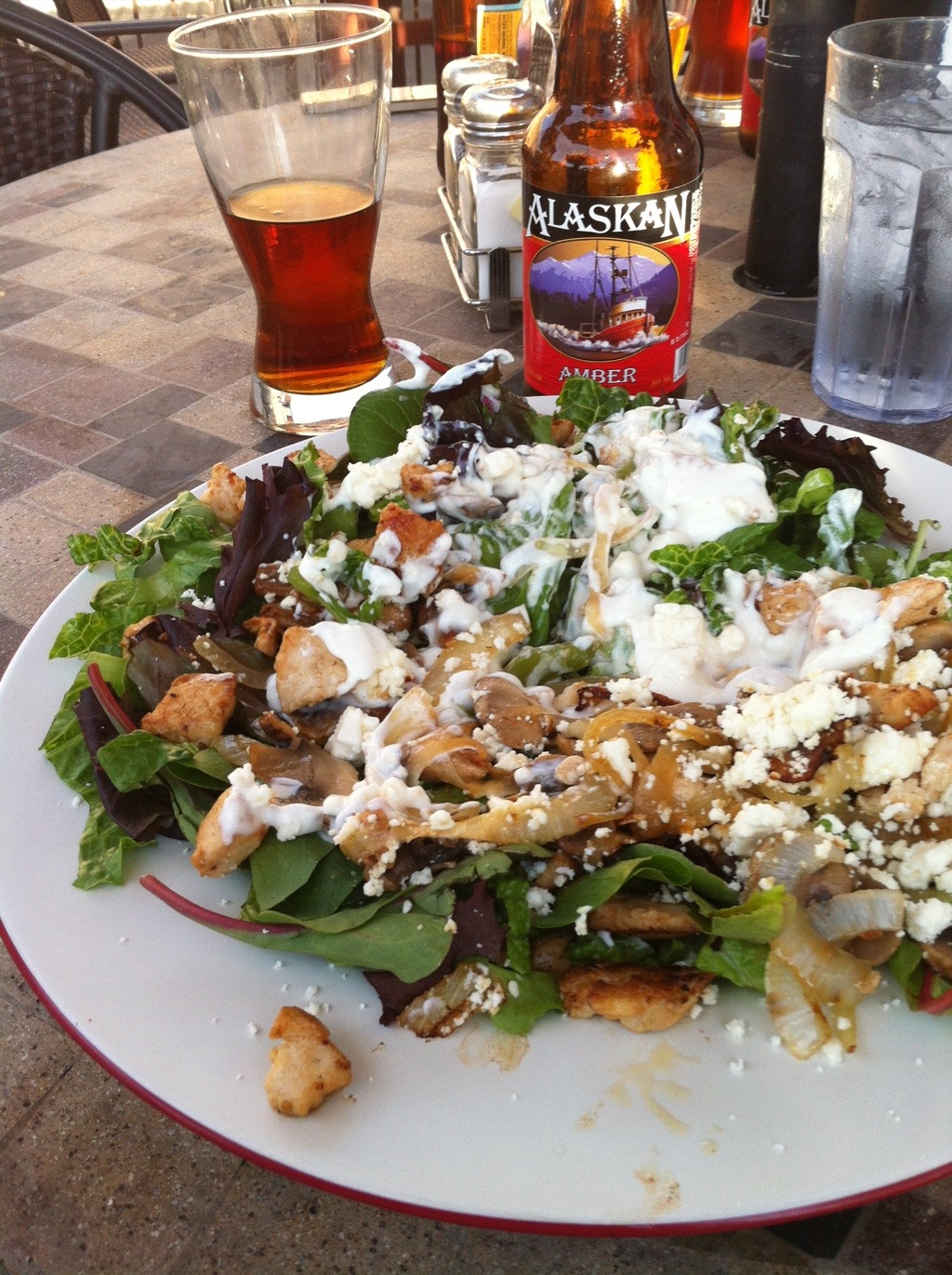 It had to be done – once

Chicken-fried steak in all its glory; some people like this quite a bit – it seems I am not among their number… 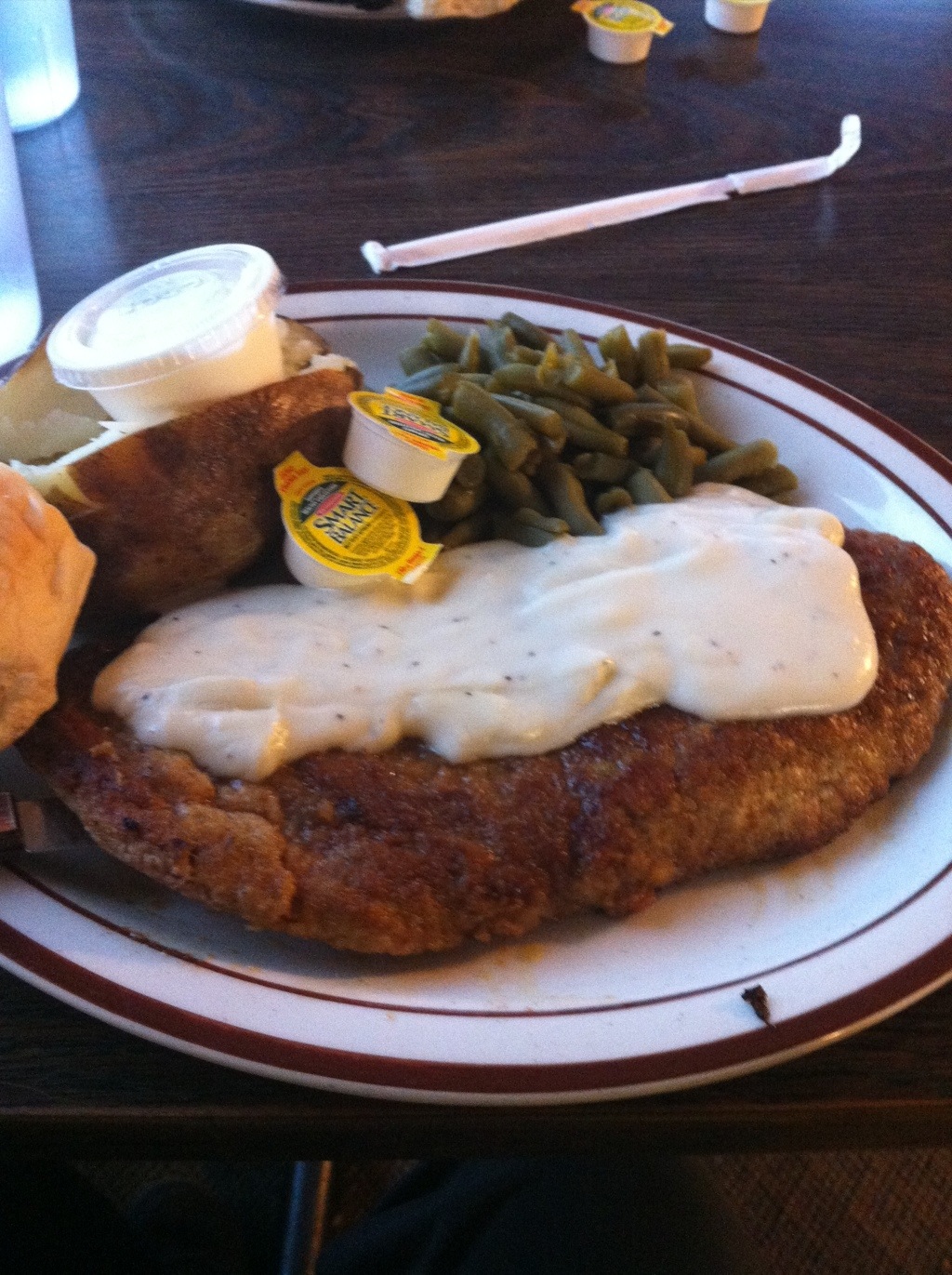 Some of the best wine in the valley, and Emily is who you want to lead you through it all 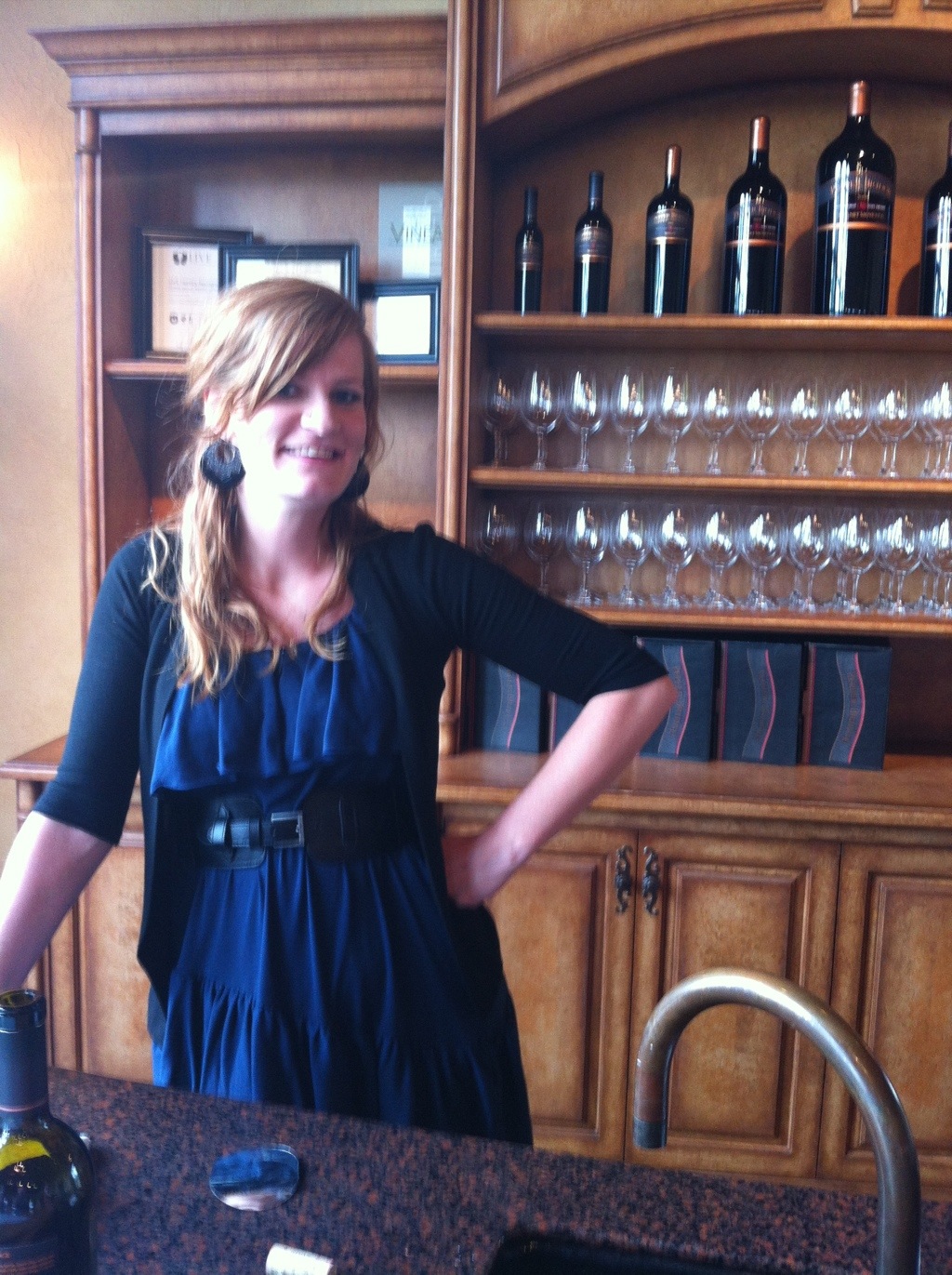 After 70 miles in the hills amid the wind and under the sun, this Bud is indeed for me… 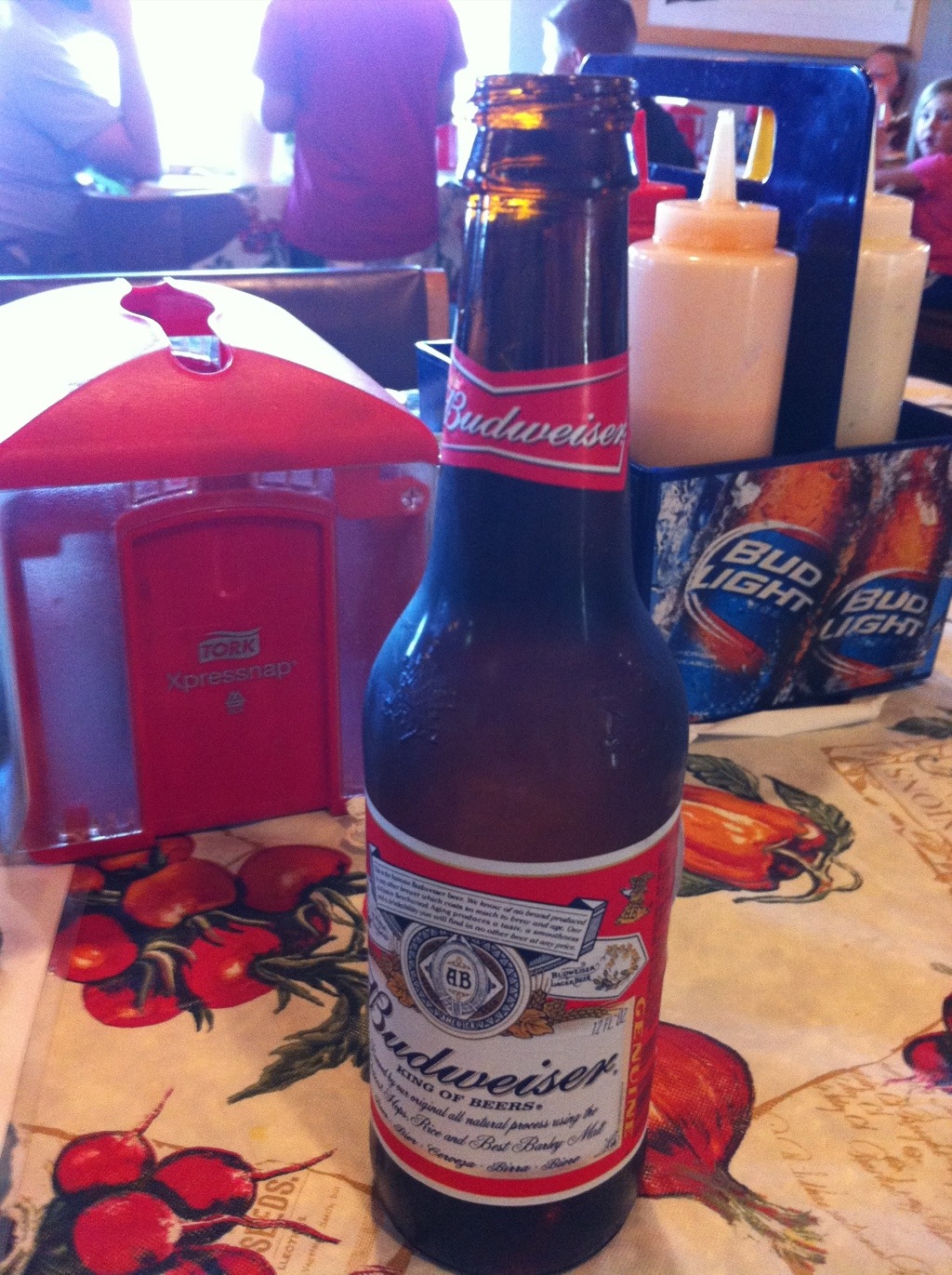