Today I crossed into Minnesota, but the occasion was underwhelming – not only was there no “Welcome to Minnesota” sign but the wind was in my face, there were hills and the shoulder on Hwy 14 looked like this: 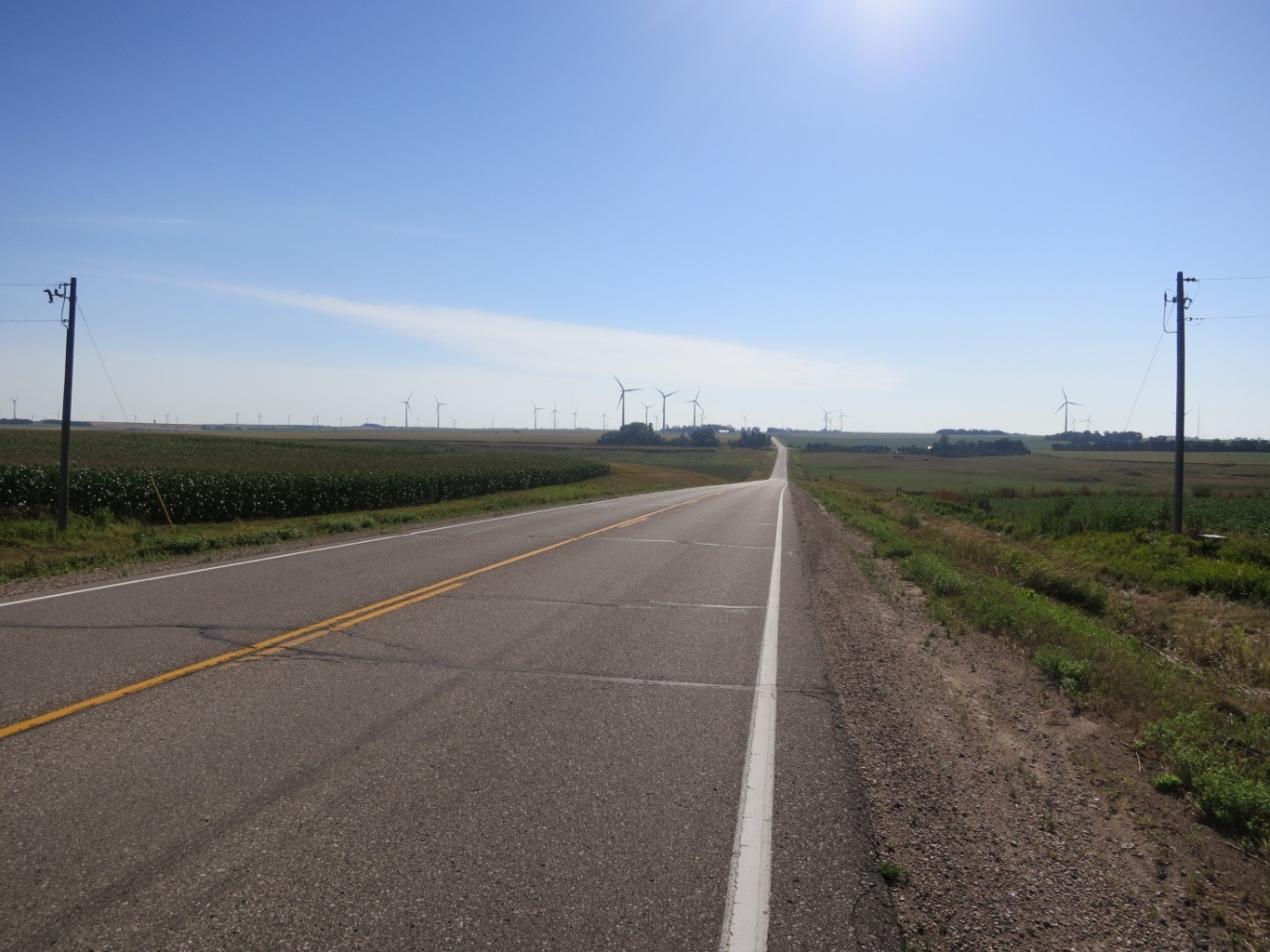 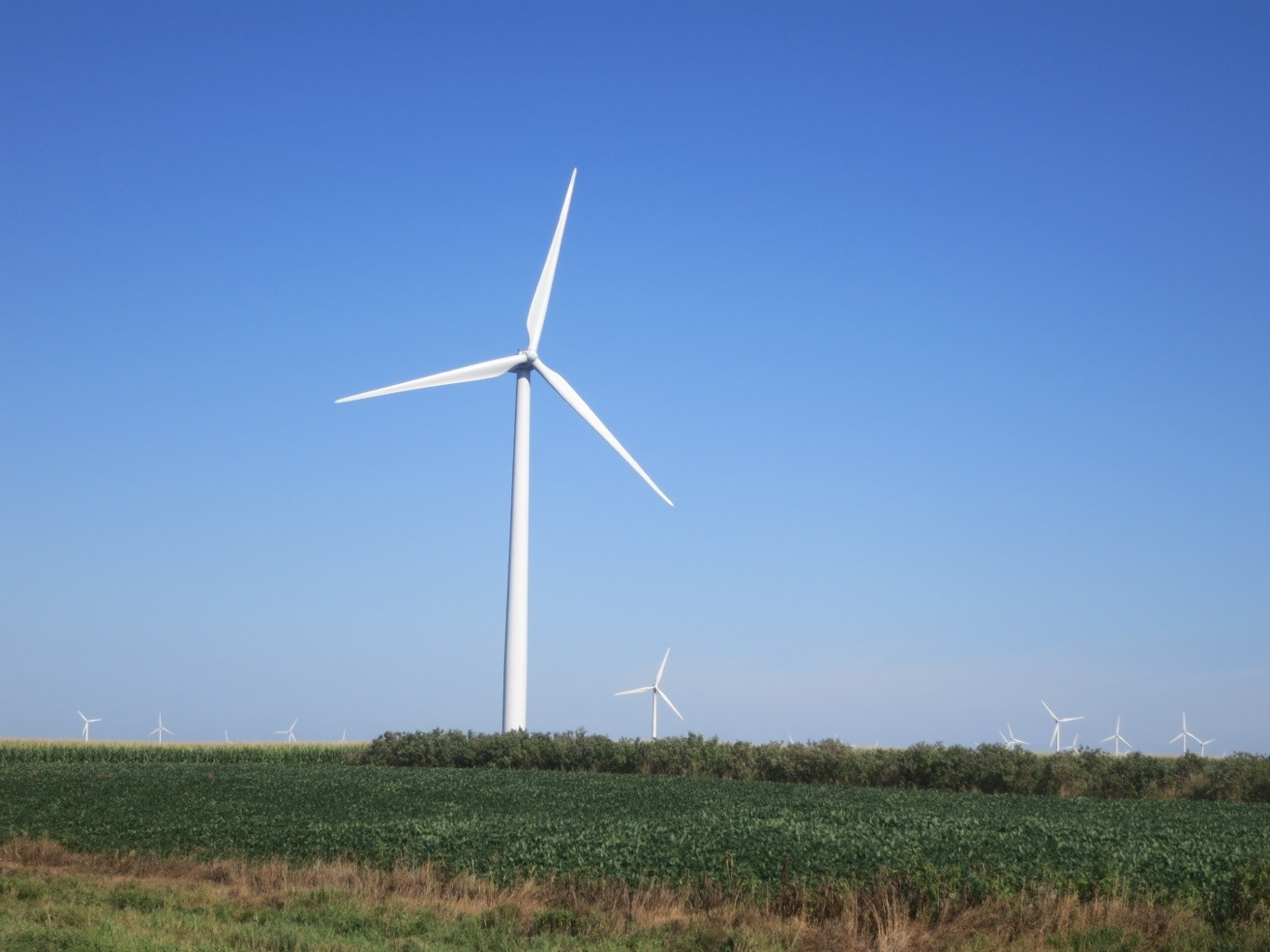 And Benton Lake looks quite nice: 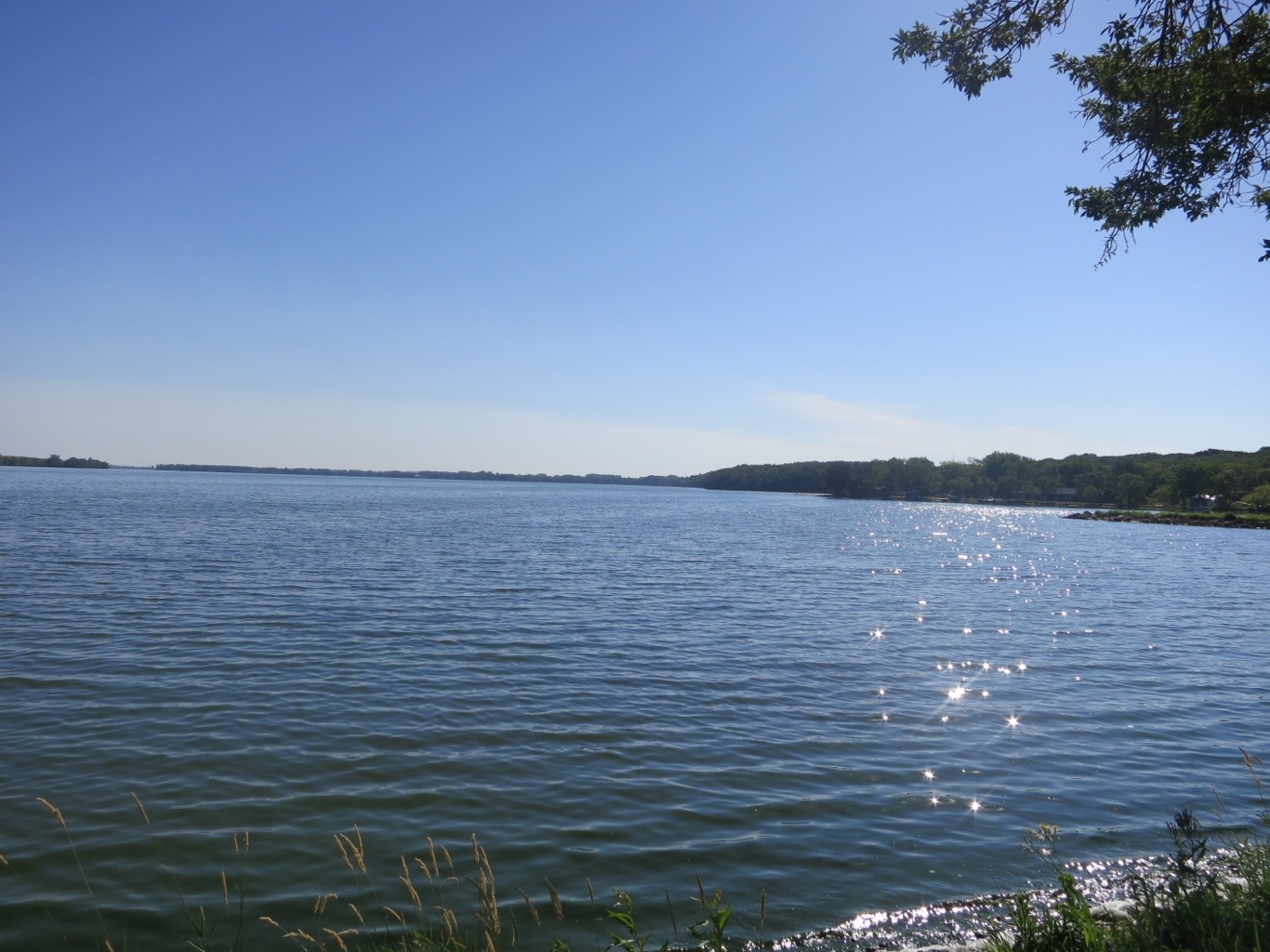 So I stuck it out on Hwy 14 until I got to Tyler, where this refrigerator at the BP caught my eye: 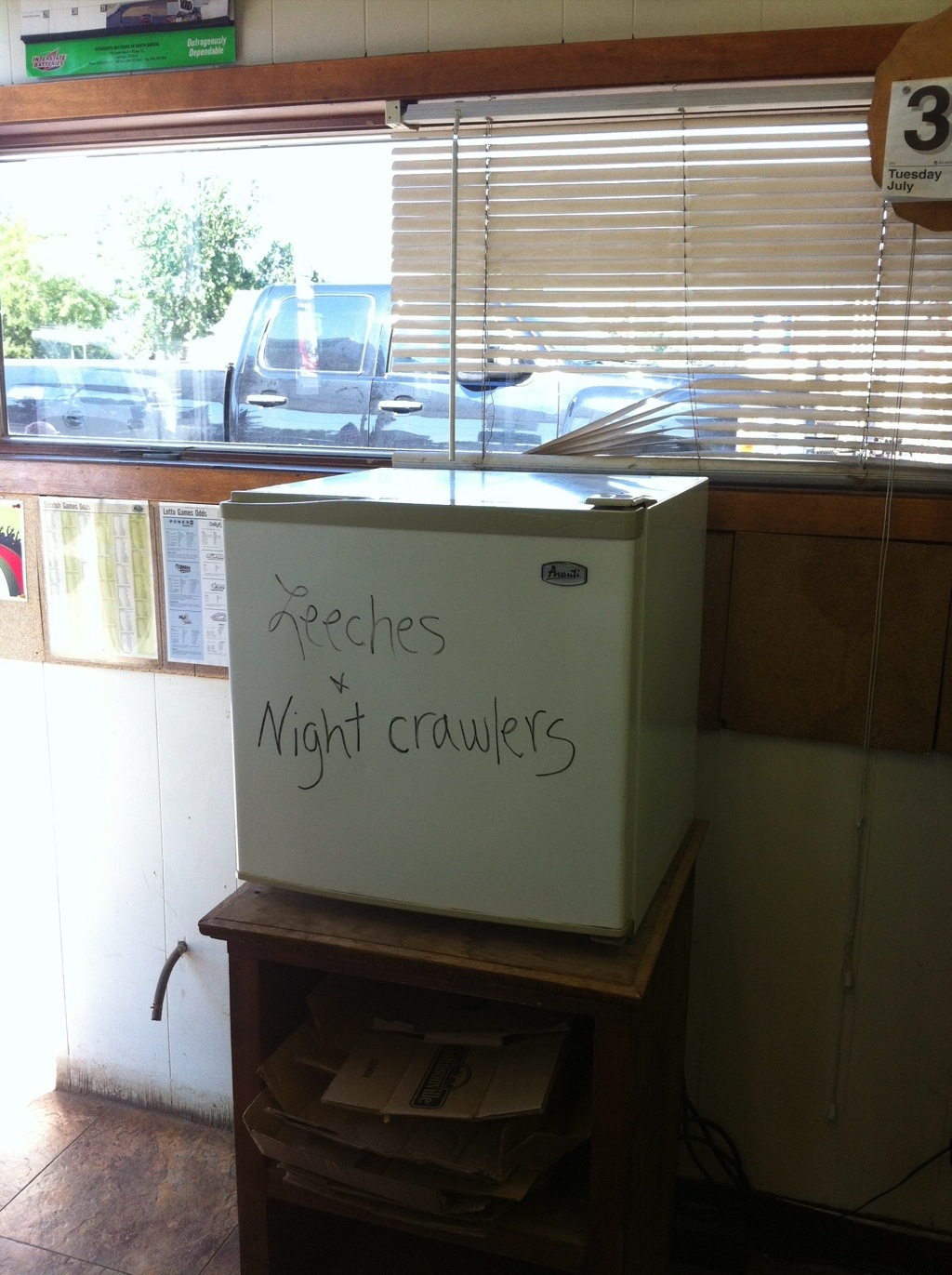 While stopping there for a rest, I fell into a chat with a couple of retired locals named Tom and Clarence who had lived in those parts pretty near all their lives. We had the usual banter about the craziness of biking cross country in the heat and the unfathomability of why anyone would live in a big city, but I’ll say this for them – they knew the back county roads all around them and which ones had good shoulders and which had what kind of road surface (though it took me awhile to understand what Clarence meant when he said a particular road was “tard.”)

I got into the little town of Tracy just as it was getting hot and went down to see what time and/or misfortune had done to the historic section. 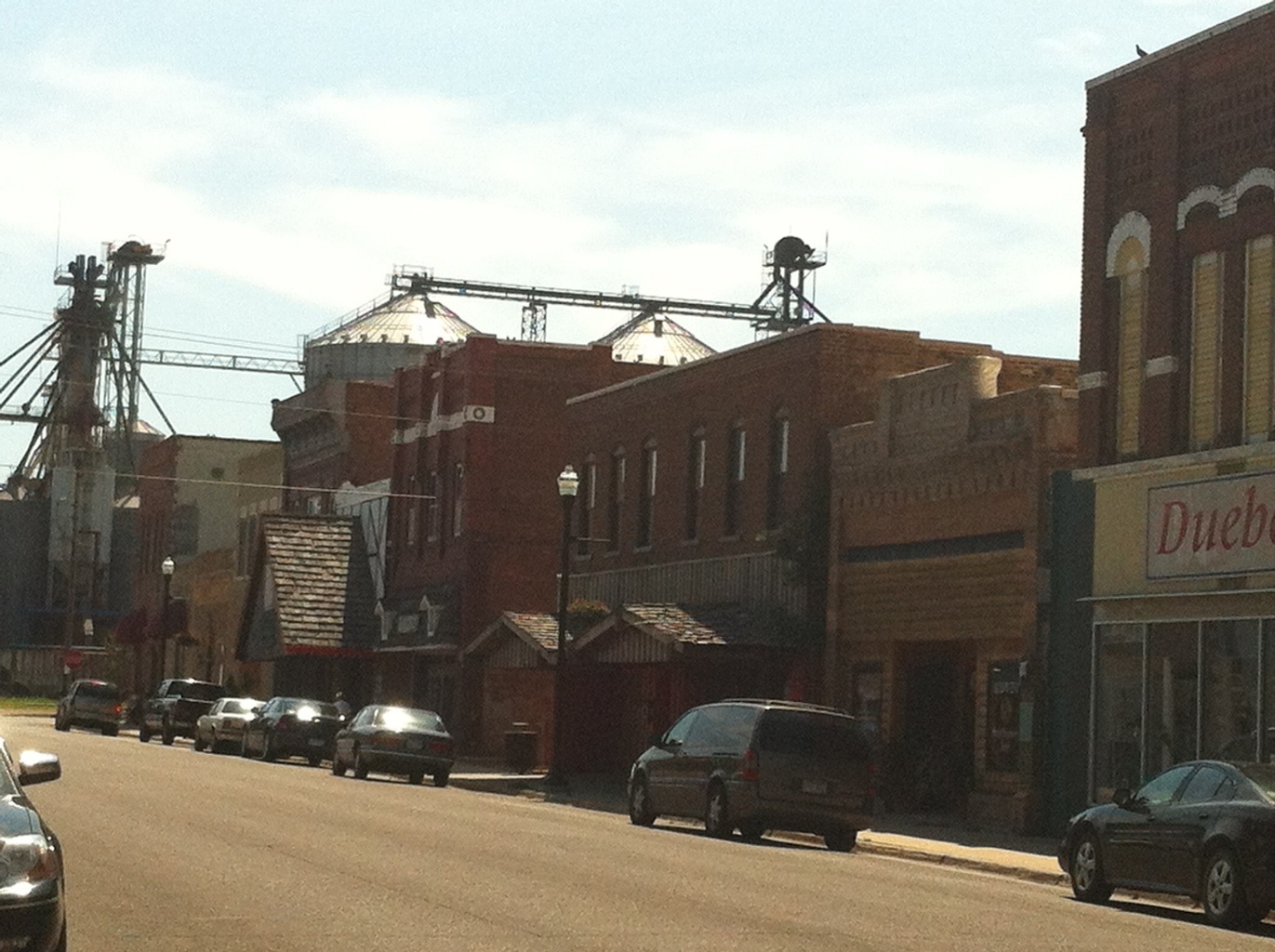 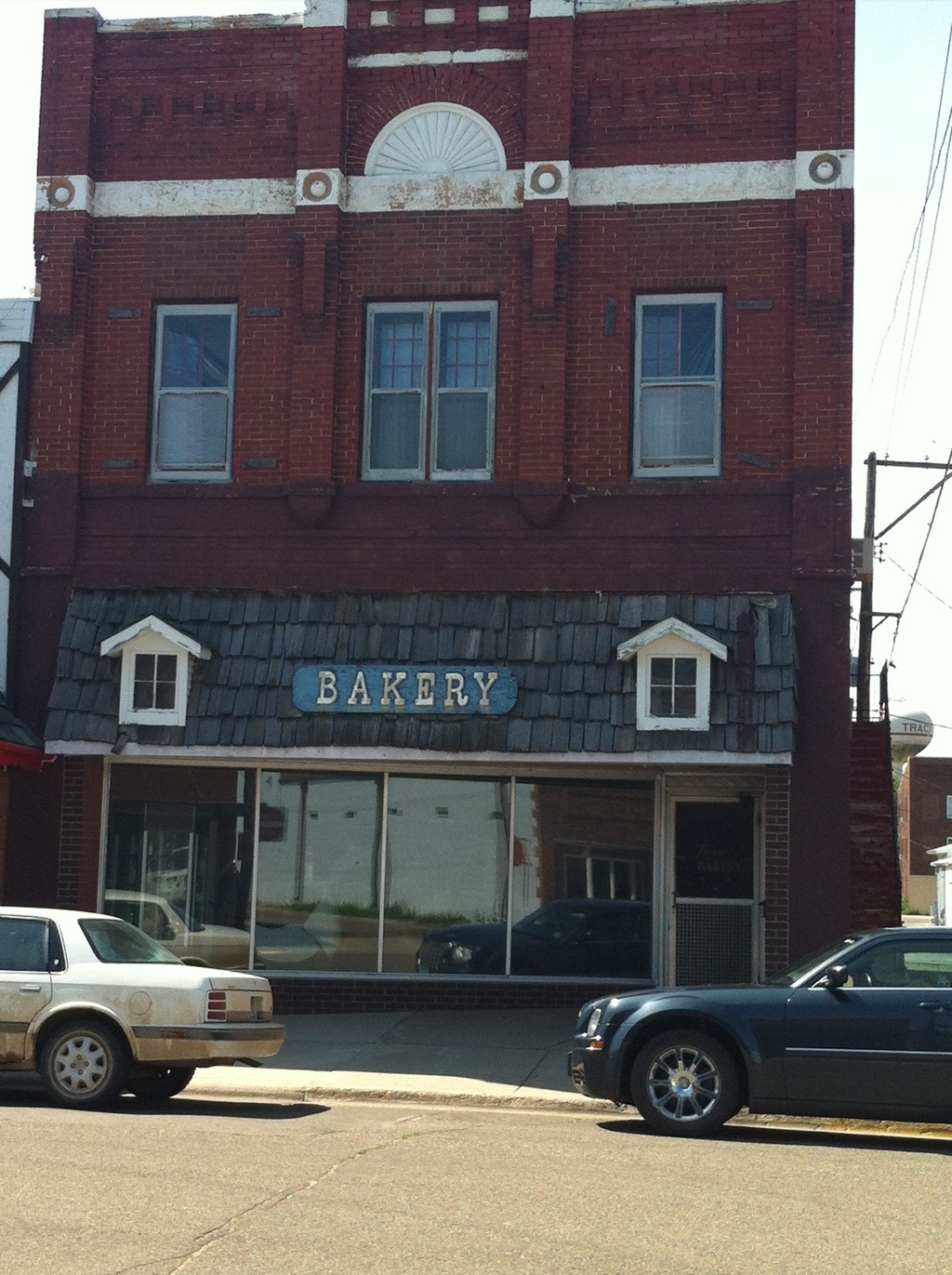 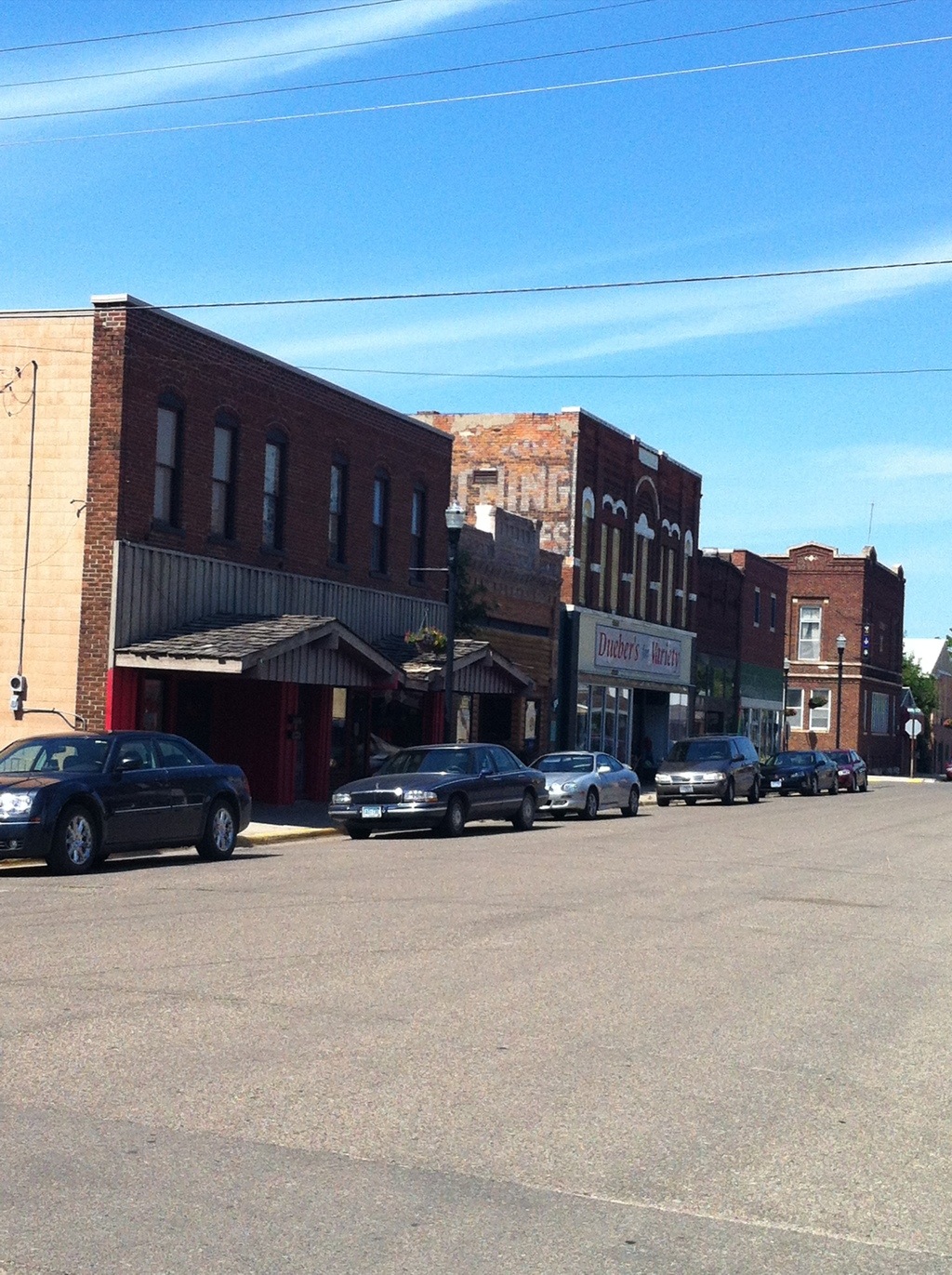 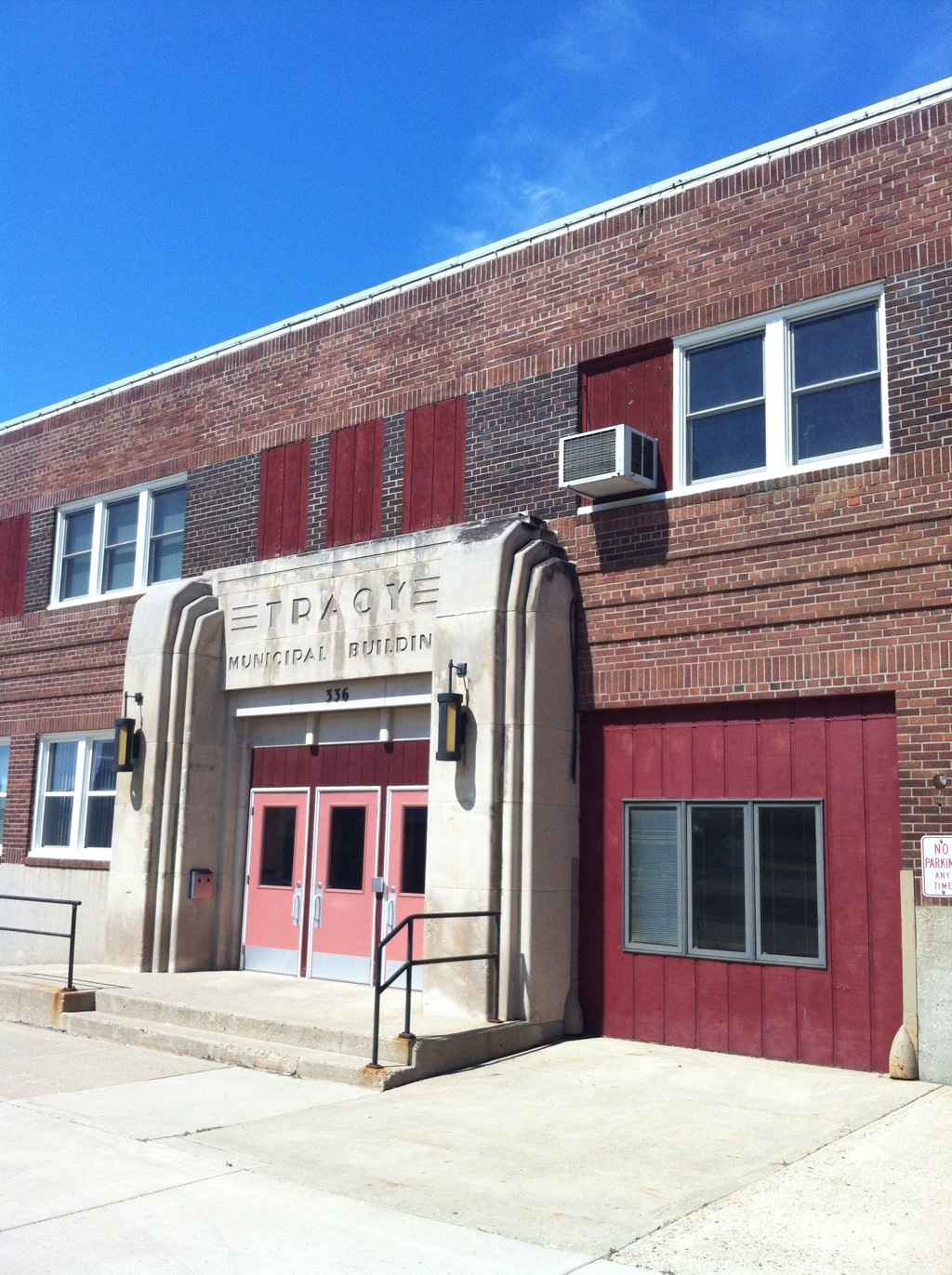 This last shot is of a bank that is now on its third incarnation as a restaurant; I may go there for dinner but it seems a little sketchy; might be a better idea to save the ducats for New Ulm, tomorrow’s destination. 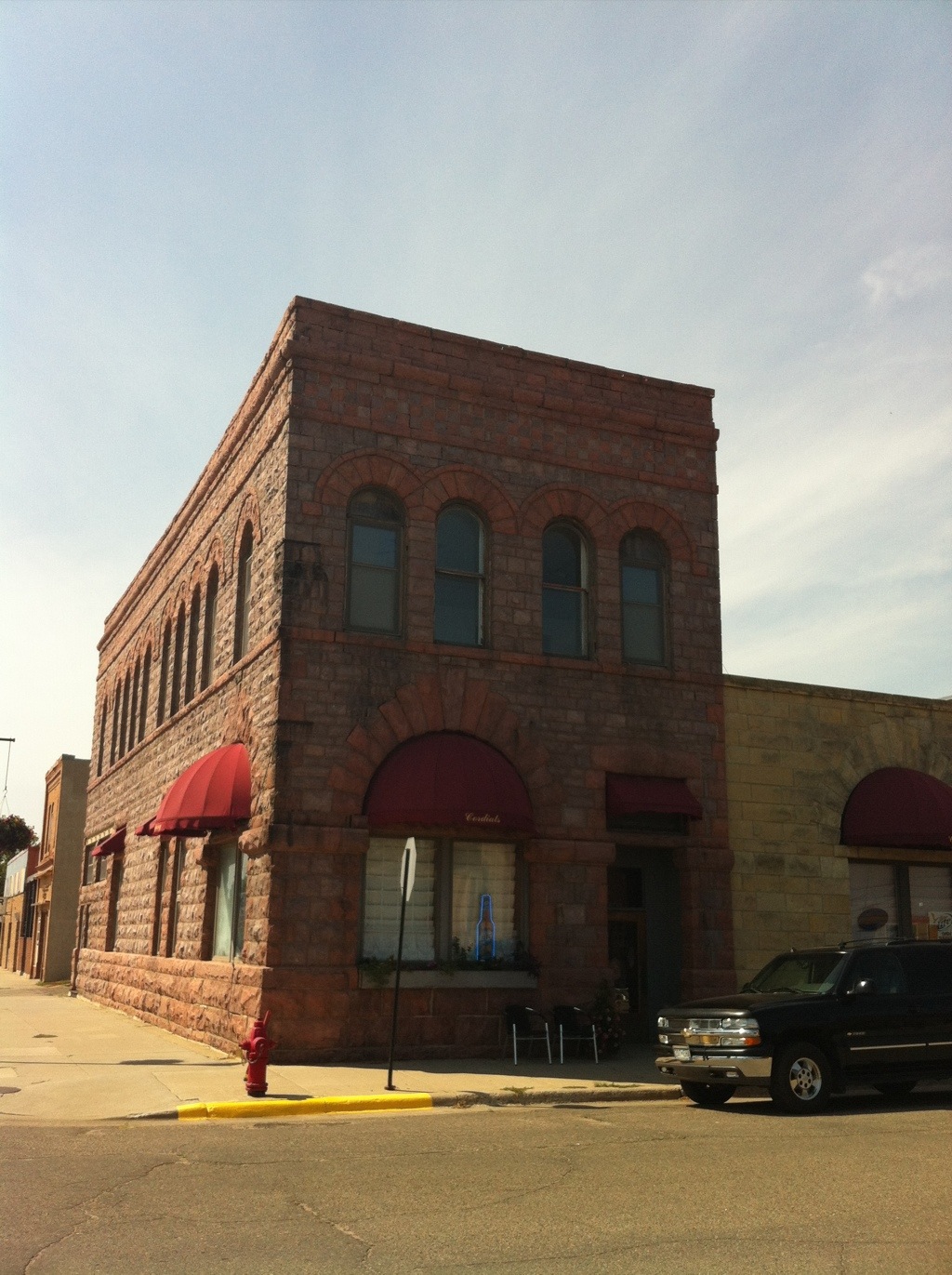