Man of the hour: 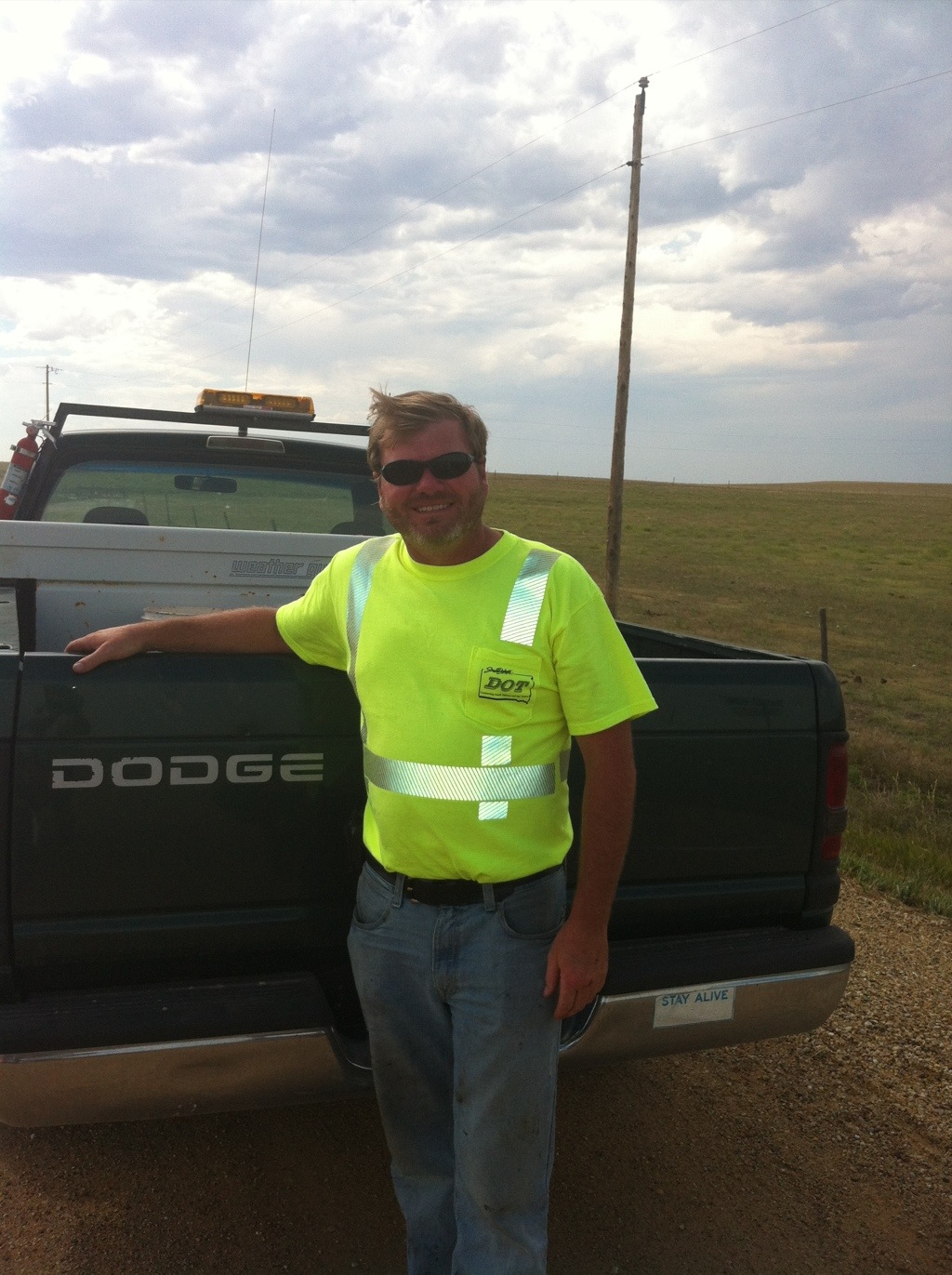 Today we were going to take the shorter and more direct route from Rapid City to Wall even though we would miss out on some scenery.

But we discovered that old Hwy 14 had traffic but no shoulder so we bailed and struck out south to pick up a road that would allow us to get to Wall by going through a western section of the Badlands, albeit with some 20-odd miles of gravel road and a couple of decent climbs.

Water was a bit scarce along the way, and because of a later start (since we were originally going to go the direct route) and the extra miles caused by the detour, we found ourselves riding in the hotter and hotter part of the day.

We got down to Scenic, a little town so misnamed that it sold itself to a church in the Philippines leaving the post office and a knick-knack store as the only going concerns. Thank goodness for the tiny rural post office as there was water outside and A/C inside, both of which we could avail ourselves of for free.

The locals we talked with were pretty dubious about our plan to ride through the Badlands on the gravel road to Wall. We were hot and a bit tired after some 50 miles on the road, and the prospect of slogging through gravel and up and down hills for the next couple of hours in the 100 degree heat was unpleasant to say the least.

So we started up the old cadge a ride routine to see if we could get a lift into Wall. While we were waiting to see if the knick-knack lady’s brother-in-law might be able to help us out, a guy from the state DOT came in out of the heat.

He was part of a road crew that had been in the area for awhile and had some unsettling tales from the week before about bikers and heat stroke. And Kim, the knick-knack lady, also had stories about people seeking refuge in her store for hours.

So, while we were waiting on Tom, Kim’s brother-in-law, Ryan, the DOT guy, offered to take us past the gravel and most of the way to Wall. He couldn’t take us all the way because he’d have to pass some of the road crew and he wasn’t supposed to use the state truck to give even a couple of hapless bikers a lift in the extreme heat.

Once we learned Tom couldn’t take us, we happily accepted Ryan’s offer and piled into the truck with him for a very enjoyable ride. He lives in Rapid City (which evidently the locals all call “Rapid”) and hates his job though he loves the area and goes to the Badlands every year on his birthday. He’s an avid mountain biker and was happy to help a couple of fellow bikers out. And he’s the reason I’m posting this in air-conditioned comfort instead of grinding along a gravel road – thanks Ryan!