I wanted to see Deadwood in no small part because of the HBO show. It was easy enough to do given the rich and varied attractions that were drawing us to western South Dakota anyway. I do not think it merits a trip on its own, but if you’re going to be in the area, Deadwood is certainly worth seeing – although not necessarily for the reasons the Chamber of Commerce might give.

Wikipedia can give you far more information than I will trouble myself to give here, but in keeping with the idea that there is an arc (or better, multiple partially overlapping arcs) delimiting the history and context of a place, Deadwood has gone through several phases that make it a palimpsest of the American West and our “national culture.”

Famously, the town begins ex nihilo with the discovery of gold in the area in 1874, but given the practicalities of communication and travel back then, it is not until 1876 that fortune seekers, gamblers, saloonkeepers, prostitutes, dope fiends, immigrants, Jews, shopkeepers, drunks, ruffians and general varmints and schemers fill up the little town in a gulch between two high ridges running north to south.

The early town consists of tents and wood structures and is an illegal settlement on Lakota land though typically that would not prove to be an impediment to its continued development. Deadwood was nearly destroyed by fire in 1879 (this problem would be a recurrent threat over its history), but it was quickly rebuilt – this time in brick – as the town’s wealth survived unscathed in the bank vaults.

Genteel Deadwood retreated to houses built on the hillsides, and lower Main Street became known as the Badlands full of saloons, brothels, gambling joints and opium dens. Though the gold quickly ran out, up in the hills south of Deadwood, the town of Lead (pronounced “Leed” for whatever reason) grew up around the Homestake Mine, which was to become the Open Cut mine as over the years they basically removed an entire mountain to get at the gold far beneath the surface.

So Deadwood hung on and escaped its once-probable fate of becoming a ghost town. It grew into a successful mercantile town that built on its early lawless reputation replete with notable characters such as Wild Bill Hickok and Calamity Jane and established itself in the popular imagination through the dime novel exploits of Deadwood Dick (the series proved so popular that a number of real people were to later adopt the sobriquet).

Early Hollywood fell in love with Deadwood, and the old Victorian brick buildings were “westernized” with rustic wooden fronts. The advent of the automobile brought the tourists, and Deadwood was well on its way to American kitschdom when a funny thing happened.

The search for newer and more entertaining diversions than musty old historical towns (looking at you Disney!) gradually caused Deadwood’s star to fade, and its old nemesis, fire, threatened its future. Although the whole town had been declared an historical landmark in 1961, there wasn’t sufficient revenue to stay abreast of needed preservation efforts. A serious fire in the early 1980s inspired preservationists to capitalize on the town’s past in order to preserve its future.

A dedicated and mobilized group won the right to put limited legalized gambling in Deadwood to a statewide vote, and in 1989, Deadwood became the third city after Las Vegas and Atlantic City (hmm, what is Reno’s status in all this?) to define itself as a gambling mecca.

The move was wildly successful, way beyond initial projections. Tens of millions of dollars have been plowed into preservation and infrastructure projects, which have been completed well ahead of expected schedule.

So the old town looks great, but it’s unsatisfying all the same. Where once, at the beginning, it was all about greed and vice and violence, now the tepid passions of tourism, souvenirs and slot machines set the tone. Gold strike towns subsisted by fleecing the miners, the foolish and the naive; Deadwood’s contemporary flourishing harkens back to that model in a tamer, paler, safer way.

But it is a destination in some sort of way, and it is the opportunity to gamble that makes it so. Where once word of a gold strike could convulse a continent, now the chance to while away a bit of time cosseted in the familiar comforts of anodyne distraction with the frisson of small stakes table games seems enough to keep Deadwood going.

Well, good on it I guess, but it’s pretty curious all the same. The town is still fleecing the foolish and naive from my perspective, but I kind of like being here. 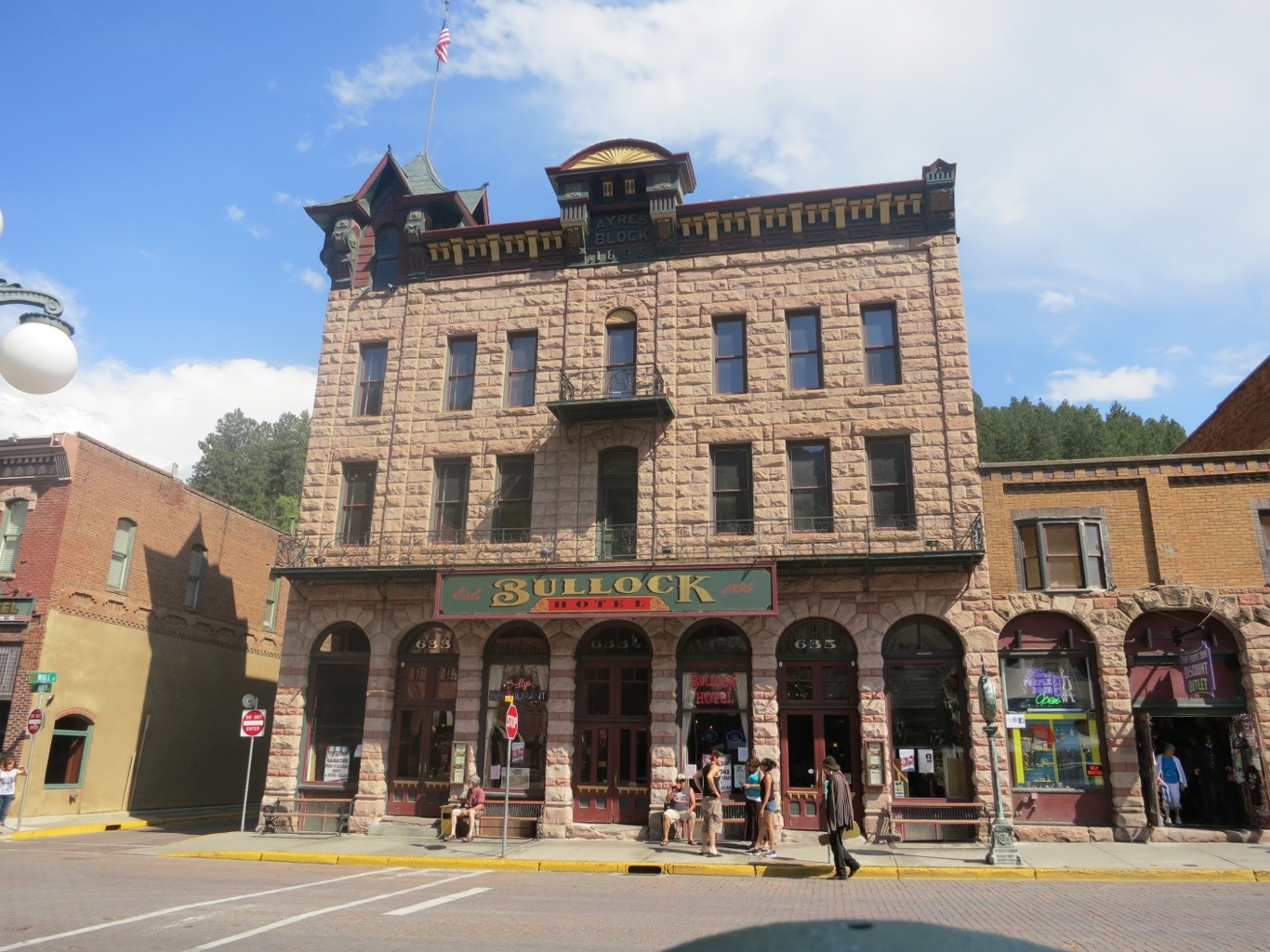 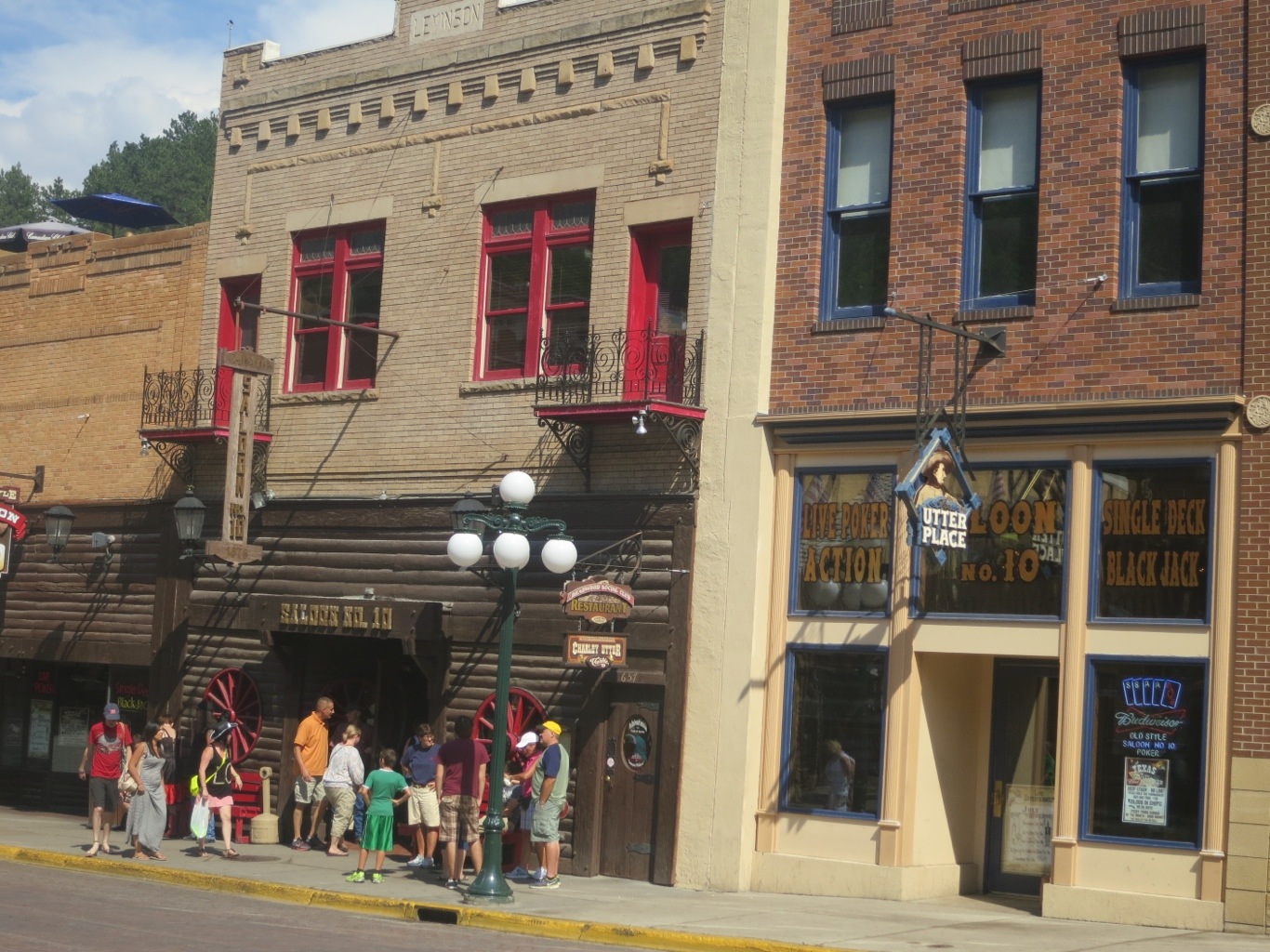 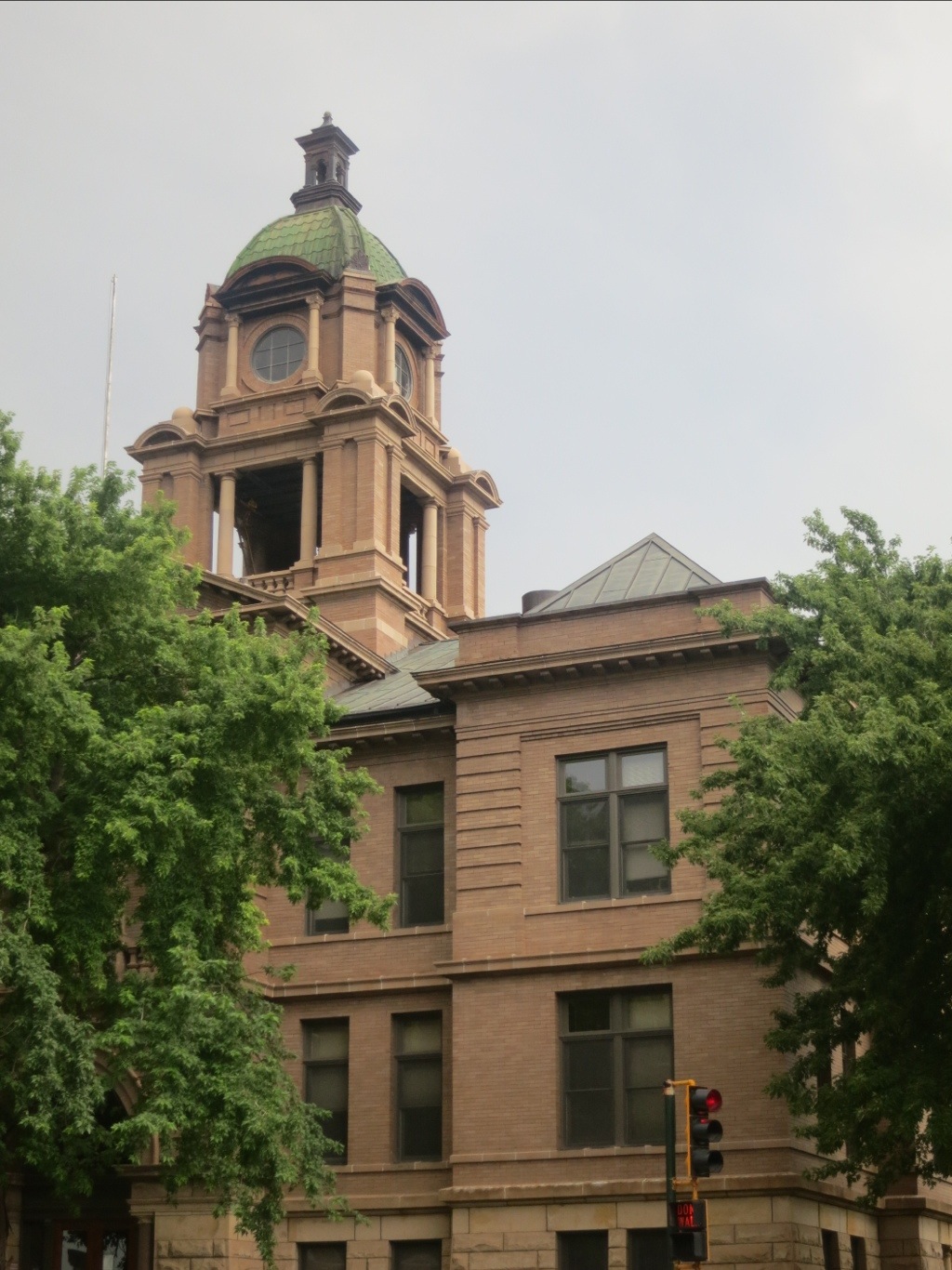 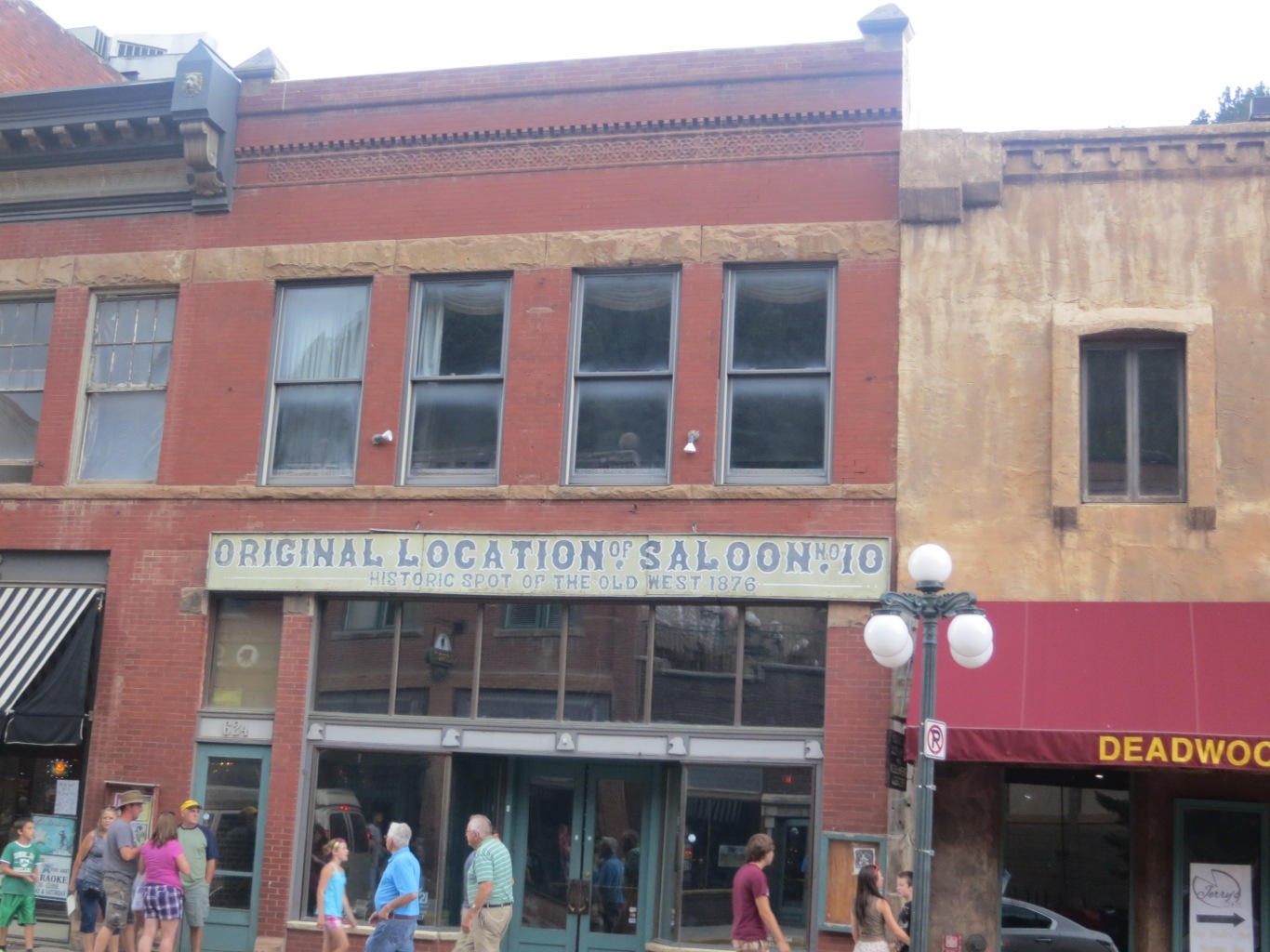 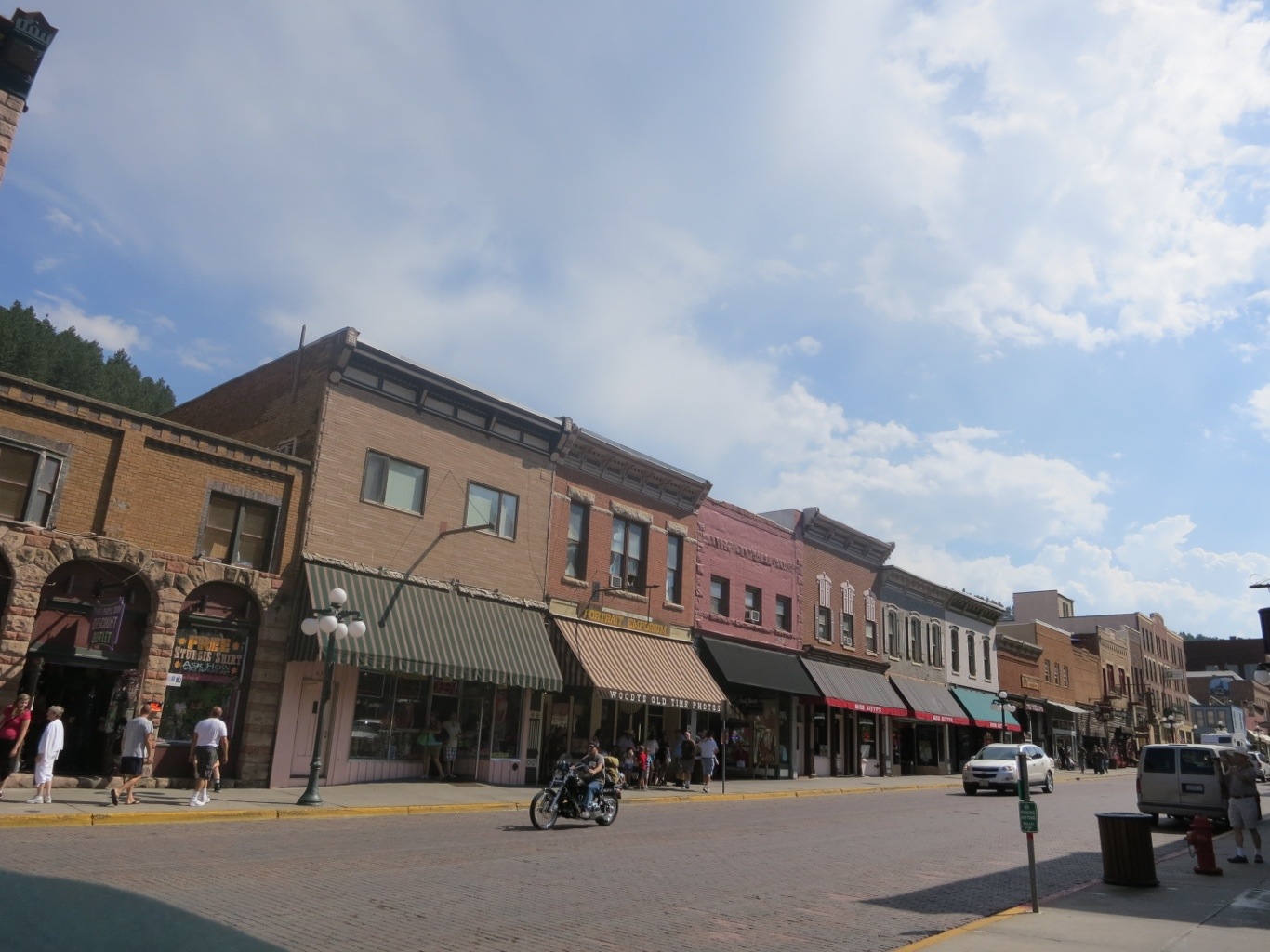