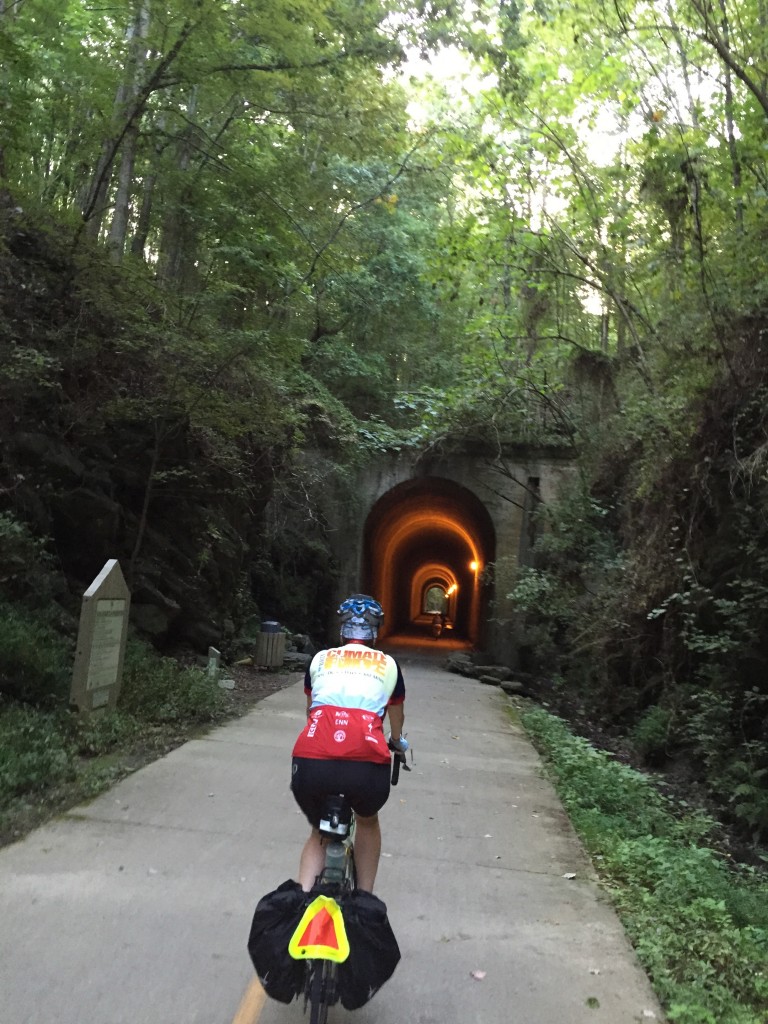 From Rockmart to Smyrna, we were on the Silver Comet trail, which at one point got rechristened by Rachael as the Silver Vomit trail. It’s an old rail-to-trail, but over the course of 39 miles there is a cumulative elevation gain of over 1500 feet, and more to the point, the “highlight” is a 6.9% grade on one short stretch. Obviously, that’s not a grade a train would have been able to climb. Between the period when there was a rail bed and its conversion to a bicycle trail, a landfill company acquired part of the area and created what is colloquially known as “Mt Trashmore.” In addition to the “mountain” itself there is a fairly good stretch with some steep hills, all of which took us by surprise as we were expecting the morning would be just an easy leg stretcher. On the bright side, the hills did relieve the monotony that often sets in when riding on a rail-to-trail. 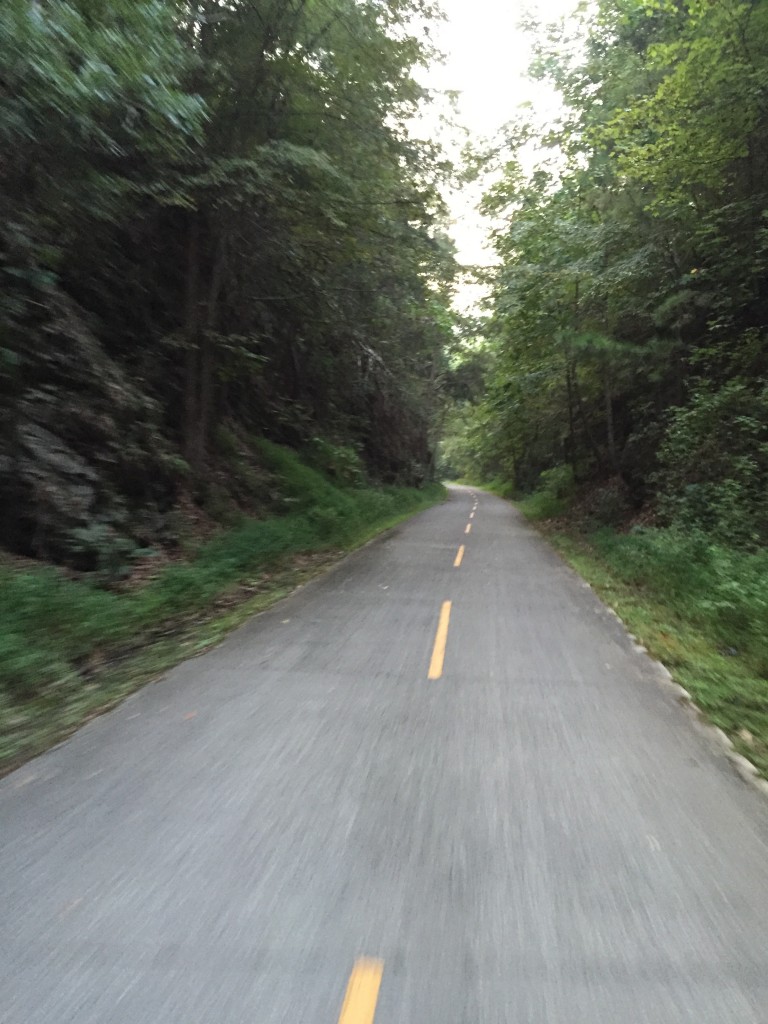 Once we got over the worst of it, the trail settled into quite a pleasant ride. The Silver Comet is probably twice as wide as the Mt Vernon trail here, which means that local riders have no compunction about passing you on the same side rather than pulling out onto the side of the trail with oncoming traffic. This turned out to be disconcerting at first as we were not used to sharing our lane on a bike trail, but most everyone was pretty friendly about it. Our pannier-laden folding bikes marked us out as a different breed of trail user from the grimly efficient sprinters and the chattering dawdlers that crowded the trail as we approached its endpoint in Smyrna.

Back in June, Rachael and I had biked from Buckhead to the Mavell Road trailhead for a short ride on the Silver Comet. Given the heat that day, the prospect of biking back to our motel proved to be less attractive than finishing our ride at a local pub and folding our bikes into the trunk of a cab for our return to Buckhead. So on this trip, I had it in the back of my mind that we might just forego trying to bike into Atlanta to our hotel in Midtown as I was not sure what the city traffic would be like. There is a fairly direct route from Smyrna to Midtown, but it is on major roads that are not exactly set up for cyclists. We went instead with a series of side roads that more or less paralleled the main route but at the cost of repeatedly climbing and descending hill after hill. There was little to no traffic but that was because there was little to no reason to be there!

After making a pit stop at the local wine store, here is how we finished our three-day ride from Birmingham to Atlanta: 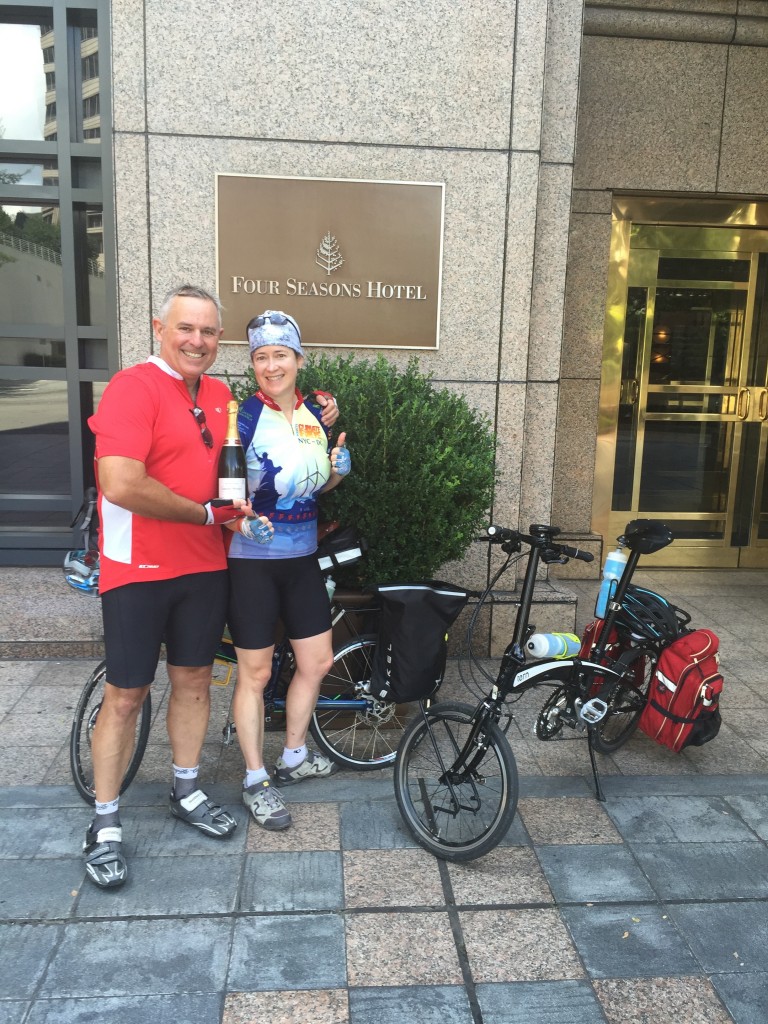