Some of you may dimly recall something about the Gadsden Purchase back before the Civil War whereby the United States acquired a sizable chunk of what would be southern Arizona and part of New Mexico in a fire sale from the Mexicans. In any event, Gadsden, Al, is named after the very same Gadsden, who was the ambassador to Mexico at the time of the purchase. The good folks of Gadsden hoped that by naming their town after him, he would be instrumental in bringing in a railroad. (Gadsden and Old Hickory had come through the area so it wasn’t quite as farfetched as it may seem). The railroad thing didn’t happen, but the town’s site along the Coosa river made it accessible to riverboat traffic so I guess it turned out okay.

The previously mentioned “hippie nachos” at the Blackstone Pub and Eatery looked exactly like the sort of hot mess you’d imagine so I decided not to take a picture and memorialize what it was we were about to unapologetically scarf; however, I will say their glorious excess of black beans, mushrooms, jalapenos, olives, etc., was made all the more awesome by the addition of bacon as suggested by our bartender CJ. And of course there was beer (beer geek alert: Gadsden is home to the Back Forty brewery). 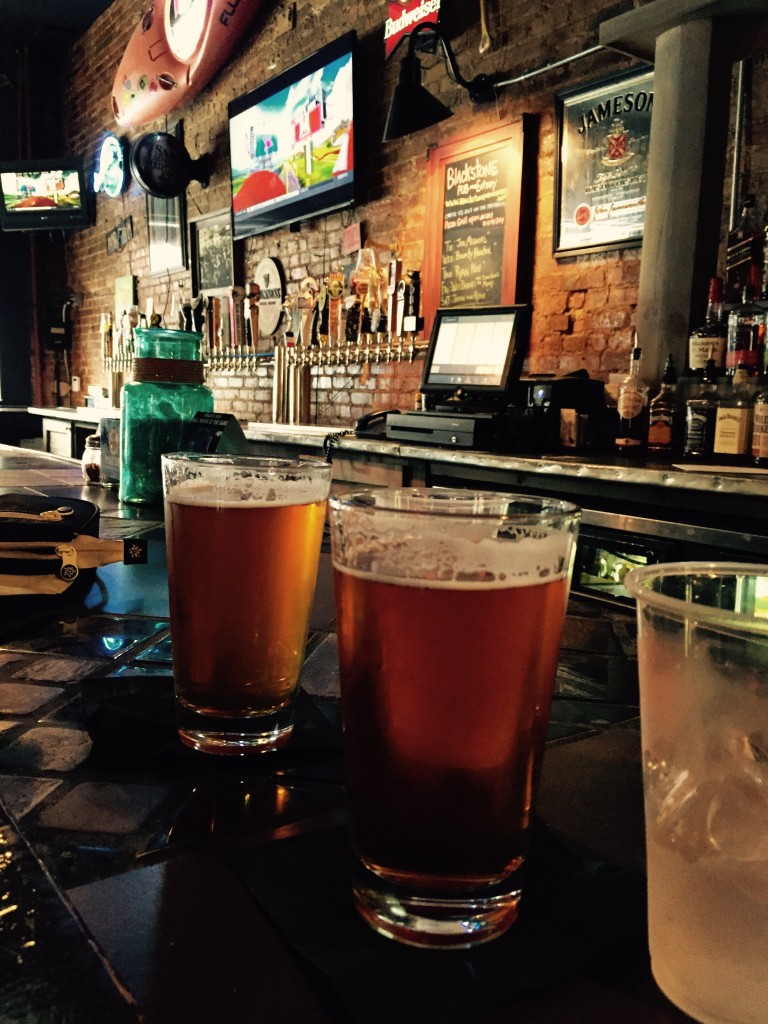 The town teeters on the skids with a fair number of shuttered buildings, and though it looks like its better days were in the past, there is a surprising arts district in the old downtown anchored by the Mary G. Hardin Center for Cultural Arts, which was hosting an Andy Warhol exhibit.

But we were content to simply wander about and ended up in a nice wine bar tucked behind an olive oil and vinegar specialty store, which was fortunate because much of the wine available in town was made from grapes grown in Alabama and we had already tasted enough sweat for the day.

This being Alabama and all, there is the expected virginal monument to Southern purity erected early in the Jim Crow era. 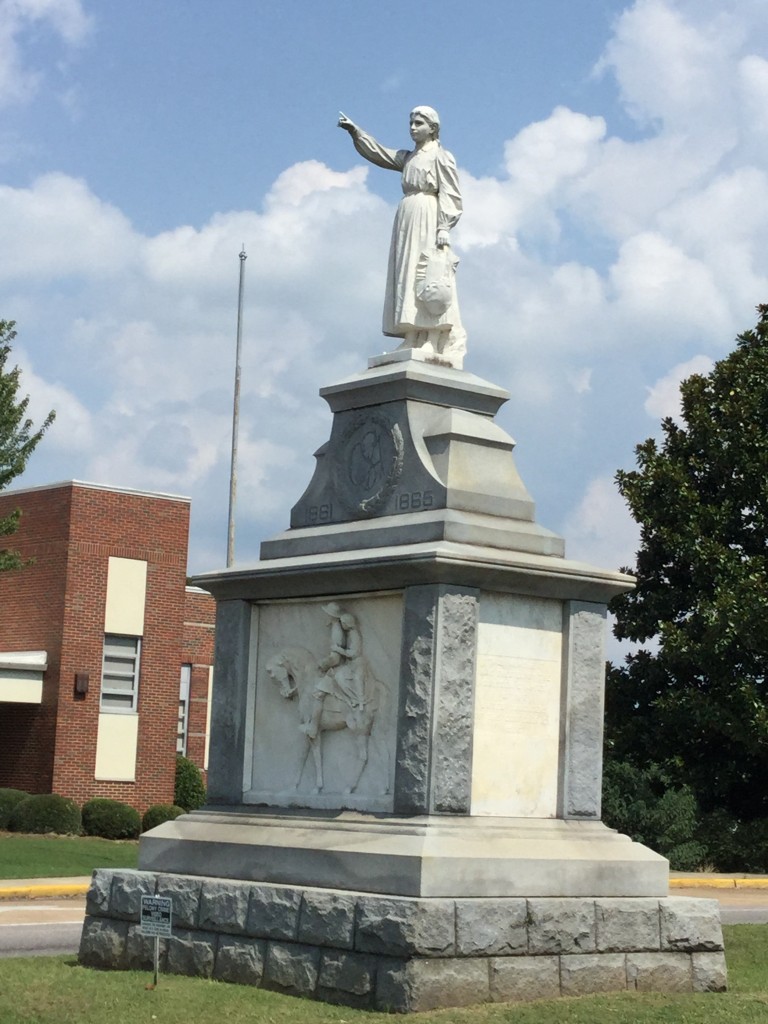 But the downtown movie theater still looks good as does the bridge across the Coosa, which we were to bike across early the next morning on our way to the Chief Ladiga trail. Unbeknownst to us, we would first have to traverse Meth Valley. 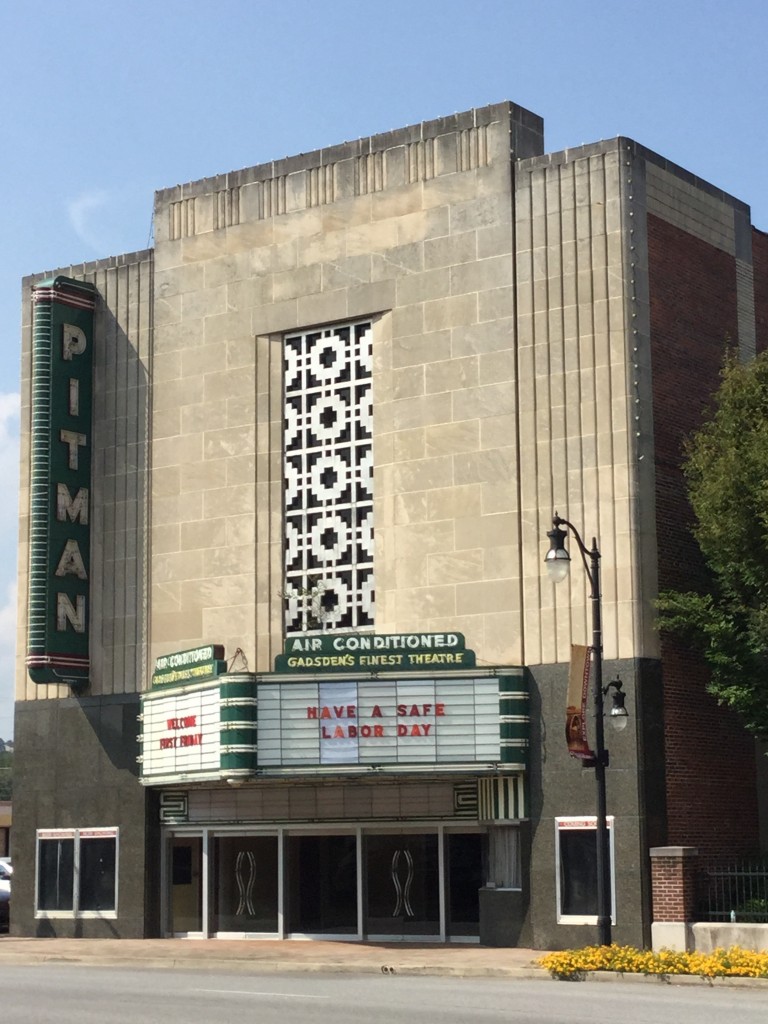 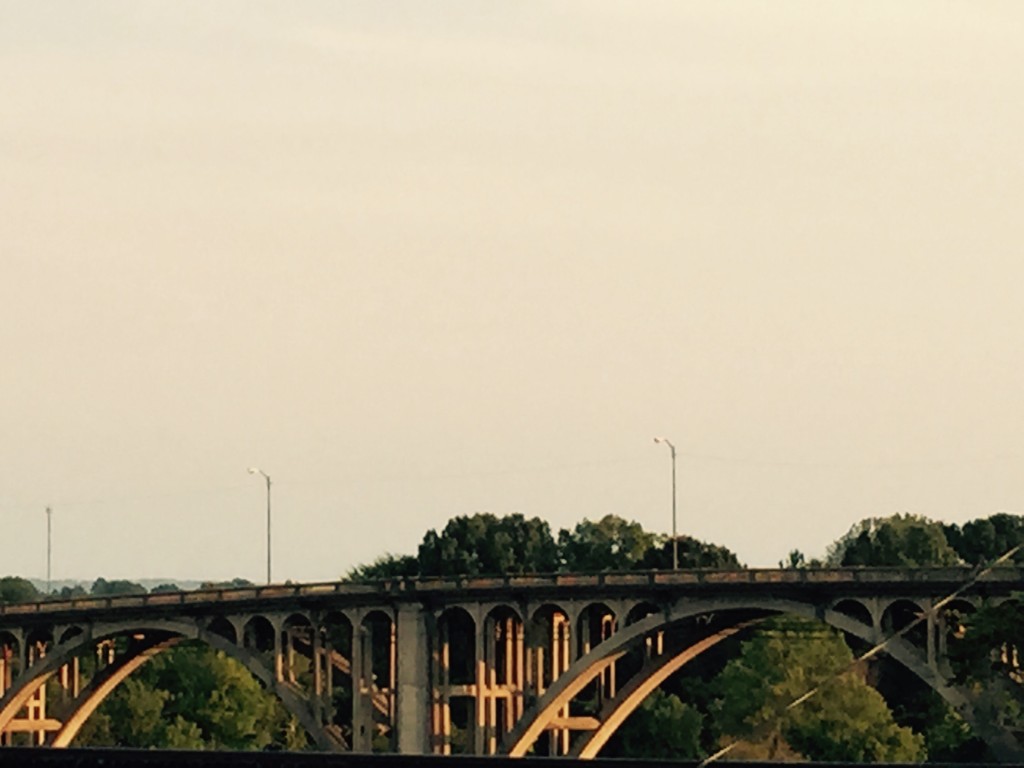