Home » Stat Report » From Birmingham to Gadsden – the Day of Sweating Profusely
September 9, 2015

From Birmingham to Gadsden – the Day of Sweating Profusely 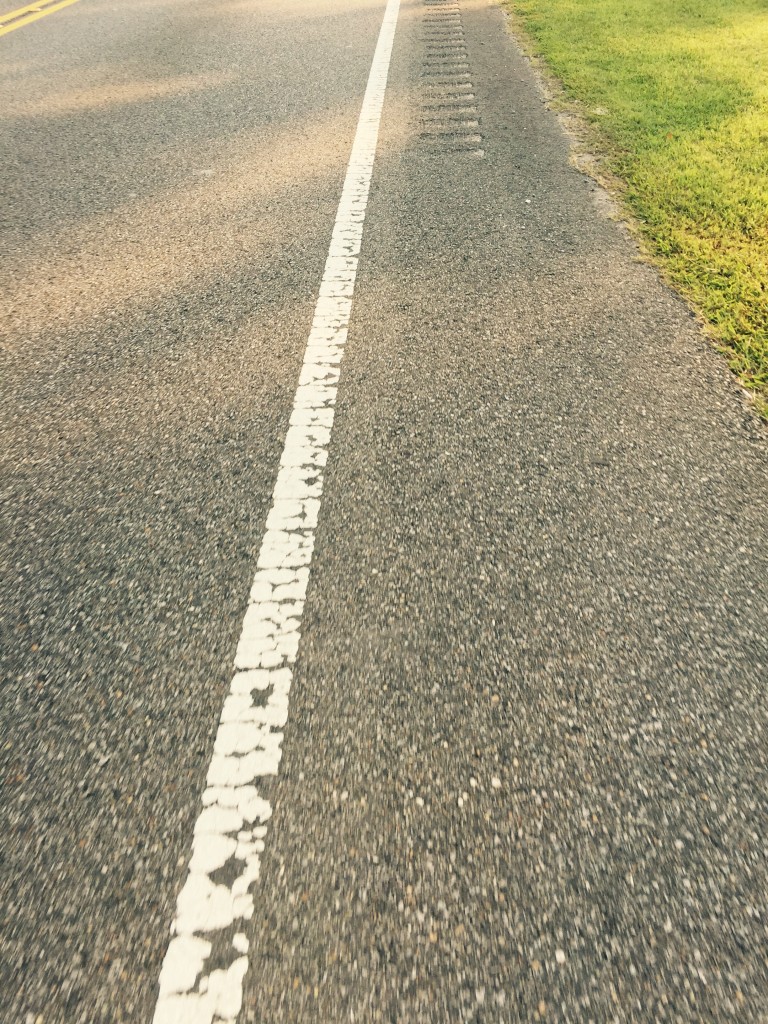 With the heat-humidity index stuck on miserable, Rachael and I set out at dawn through the bleak empty streets of eastern Birmingham toward the old highway up to Gadsden. After making our way past the flotsam of industrial decay that defines an urban architecture of decline, we glided through neighborhoods segregated by income and stratified by class as the sun rose up to assert its centrality to our day.

Though we were heartened to see other bikers on Highway 11, the picture at the top of this post captures Alabama’s general disregard for cyclists – a potentially decent shoulder is denied to bikers in favor of rumble strips to rouse drifting drivers. Happily for us, traffic was light while we were on the highway, but the scenery wasn’t much and we were mostly just grinding it out into a moderate headwind. It was fun to be out biking, and Rachael got some good practice drafting behind me, but mostly we were trying to make time and stay ahead of the sun. That said, there were occasional reminders of lives lived in a different key: 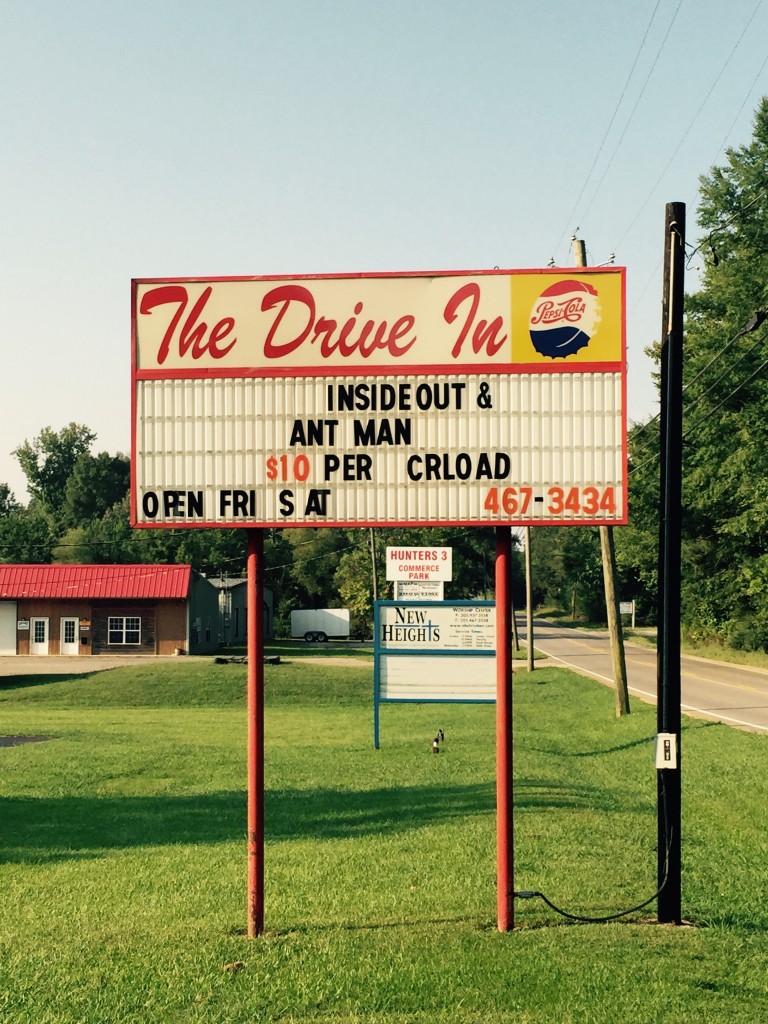 But what most sticks out about that ride was the unbelievable amount of sweat that covered our bodies and poured off of us. When we stopped just to check the route, I had to hold my phone away from my head to avoid the cascade of perspiration. Even in a mild-to-moderate wind, our arms looked as if we had just stepped out of the shower. We were a couple of two-wheeled condensation vectors creating tunnels of cooler drier air as we soldiered on.

Our final approach to Gadsden was enlivened by a jaunt off the main route along less-traveled roads that led to a back way into town. After observing the first task upon completing a day’s ride, we were rewarded with a rejuvenating soak in an outdoor pool with a waterfall. 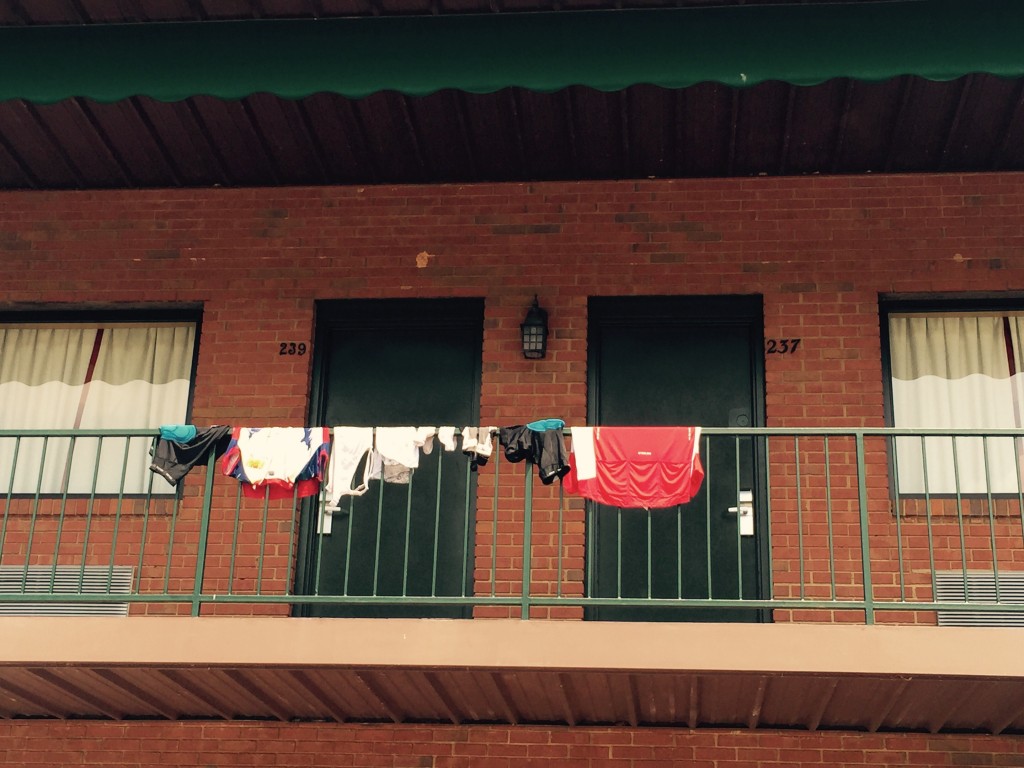 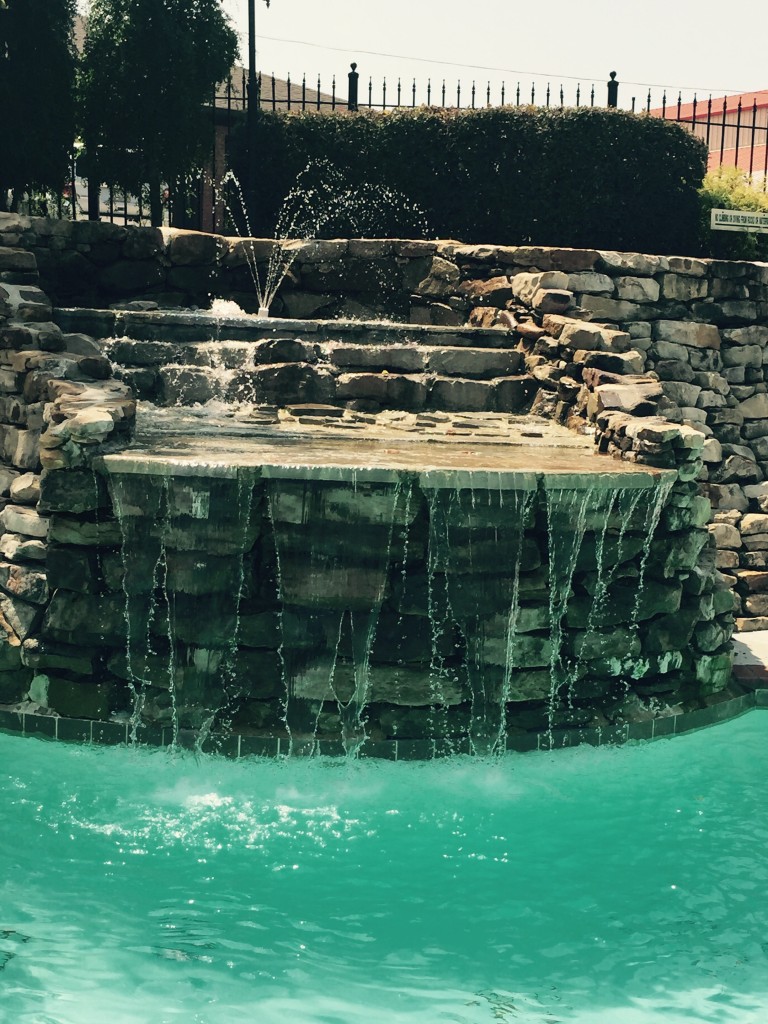 We felt quite relieved to be off the road by a little past noon, which gave us plenty of time to explore Gadsden – the “big” town on our trip. A little research had turned up a pub that promised outstanding “hippie nachos,” which, if you’re going to try them, there can be no better time than after surviving a “sweaty Betty” bike ride in the hot Alabama sun.