So regrettably we did not see anywhere near as much of Birmingham as we had hoped. Both of us had what we thought were some minor bike adjustment issues that we thought we could get taken care of before the Civil Rights Institute closed. And there is always the “first time you’re in a new city disorganized faffing about time suck that finds you taking far too long to feed your pie hole because after all you’re on vacation, amirite” situation that has to be navigated.

Which is to say that we will need to come back down here in the non-heat-furnace season to take it in properly. The civil rights history here is extraordinary even well beyond King’s letter from jail, the children’s crusade and the church bombings. For example, there is this fearless actionist, nicknamed the “Wild Man from Birmingham,” back when the city was called Bombingham. Today the airport is named in his honor and there is a small permanent exhibit there that is well worth seeing. 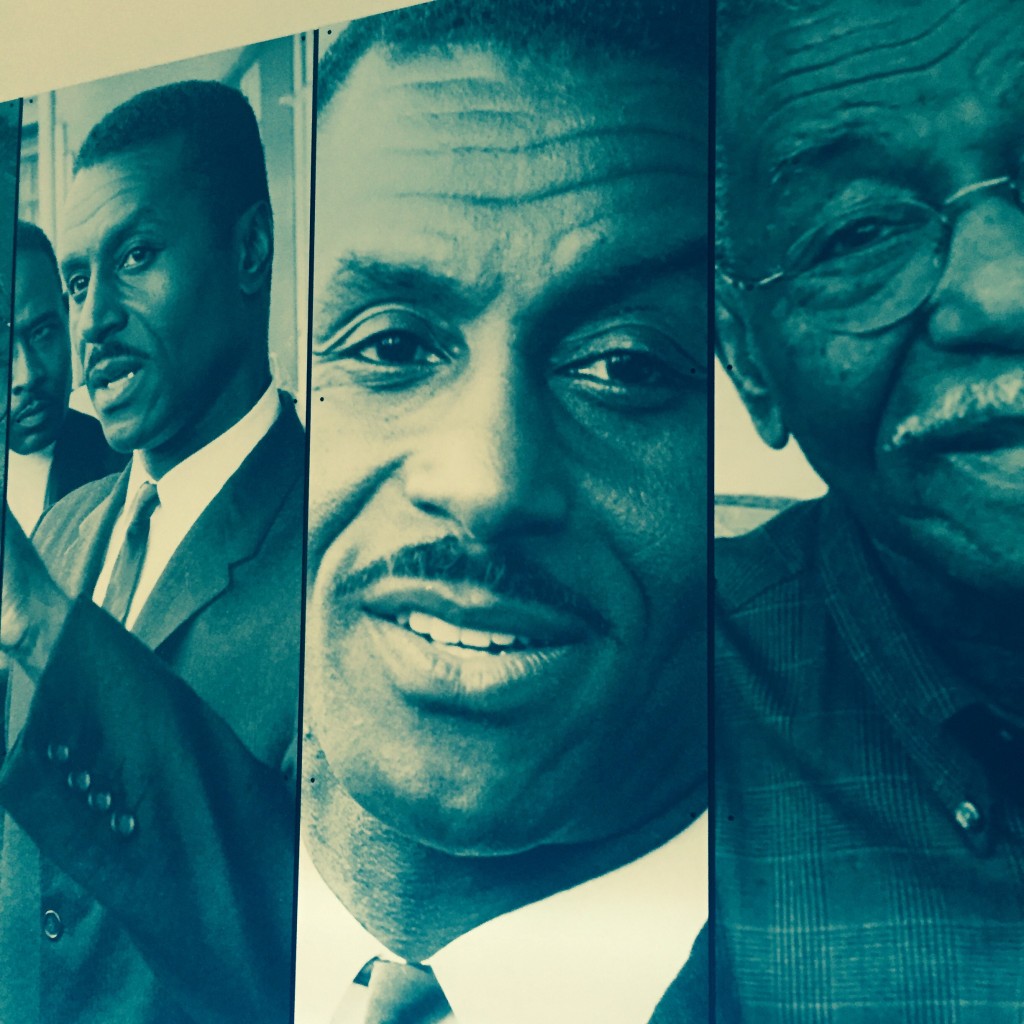 Instead of taking in this rich history, we hied ourselves over to Redemptive Cycles to see Furman – whom I had called from DC to see whether he might have some time for any fine tuning we might need after putting our folding bikes back together because, well, such need was going to be a distinct possibility for one or both of us.
There’s a cool story about Redemptive Cycles that I won’t go into except to say they are a nonprofit that basically exists to get bicycles into the hands of low-income and indigent people – going as far as hiring some of them part-time so they can sweat equity their way to getting a bike.
Furman, in addition to being a really chill nice guy is an obsessive bike mechanic with a drive to teach people about bikes and how to repair them. Everybody who bikes and has any interest in knowing more about how to work on them would want a guy like Furman in their LBS. I needed some tweaking on the dérailleur and a brake adjustment, but Furman decided my free wheel wasn’t rotating smoothly enough so he showed me how to take it apart and regrease the bearings – and on and on; if you’re not into bikes or you’re a confident self-repair person you won’t give a shit, but for a guy like me who just blew into town, I was very impressed and grateful. I’ve read some interesting reviews about a book by some guy who extols the soul-enhancing effects of excelling at a craft (that’s probably a shitty précis but seriously look it up [and it’s not like Zen and … Motorcycle Maintenance, which is good but you age out of that shit like you do Vonnegut and then one day long down the road you find yourself reading Franzen and you think, what the fuck happened – is this where I am now?]) anyway, that’s what I thought about watching and talking to Furman – he wasn’t the kind of bike mechanic that has that weird sort of asocial disdain for the hapless Lance Armstrong wannabes (well maybe not precisely him but…) with way more money than him but woeful bike skills who basically make up a big part of the bike shop’s customer base in affluent urban neighborhoods. The man is an artist-mechanic is what I’m saying and Birmingham’s bikers are lucky to have him.
Afterward, we did have the time to at least see the 16th Street Baptist Church. 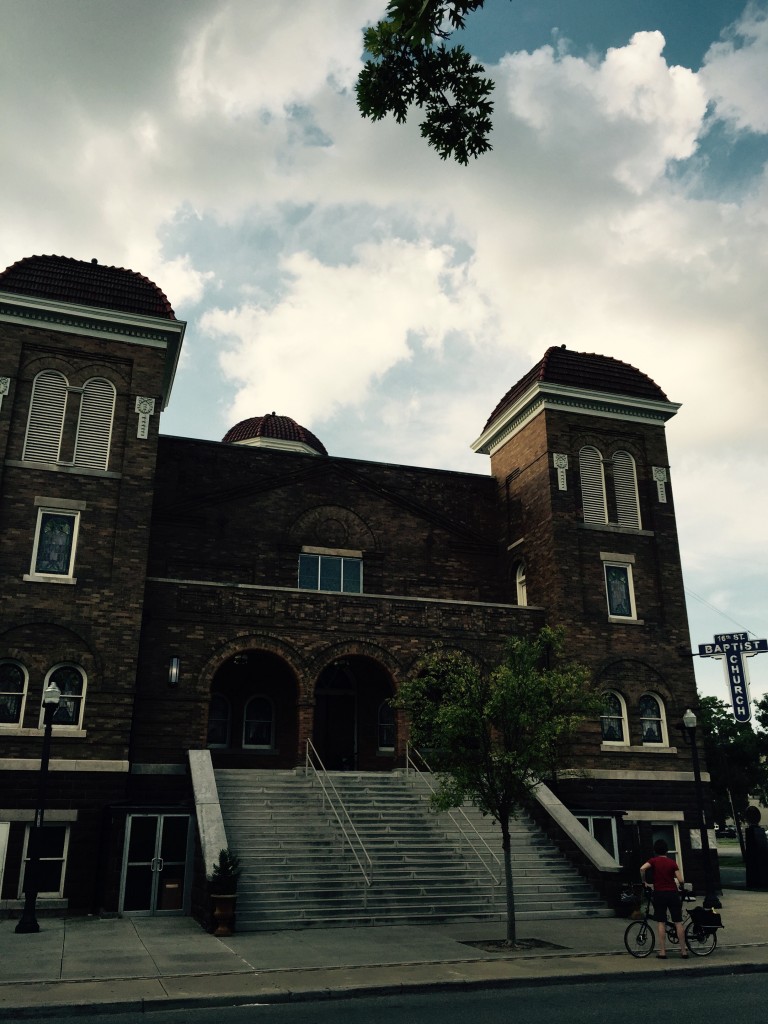 And Birmingham still remembers that other day that touched some part of something like the nation’s moral conscience: 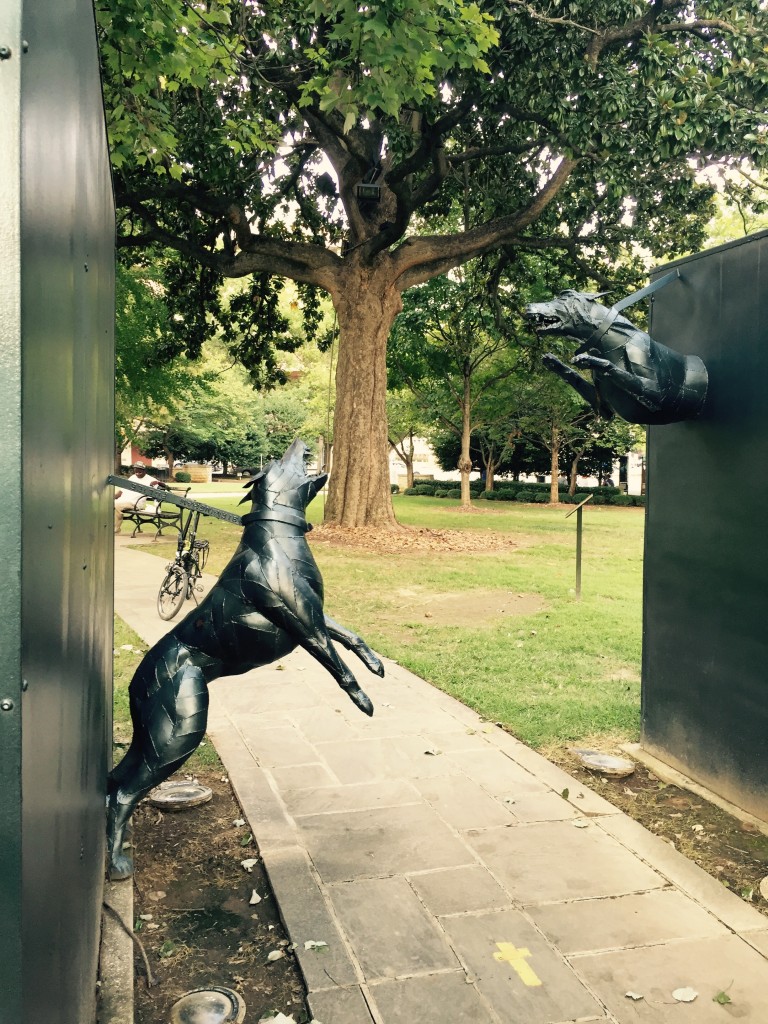