We were unable to schedule a session in the sensory deprivation tank on our last trip to Baltimore so doing so was high on our list for this past weekend. For those who do not remember the forgettable William Hurt film Altered States (written by Paddy Chayefsky), a sensory deprivation tank is an enclosed chamber containing an Epsom salt solution heated to body temperature that allows the subject to float in a completely dark and soundless environment. There appears to be some medical research that suggests floating in such a tank can, over time, alleviate anxiety, stress and depression. But the appeal for us was mostly curiosity – what is it like to float in the quiet dark, naked and alone?

Rachael had been invited to Baltimore to speak on a panel about how women can promote themselves in the legal environment. I had come up to renew an on-again, off-again flaneurship in the city of my birth. Since she was otherwise engaged, and the facility had only one tank, it was down to me to test the waters first. While walking is the preferred mode of transport for any flaneuring worthy of the description, taking the bus is also recommended, and that is how I got out to West Baltimore. Straight out of The Wire, this is what I stepped into. 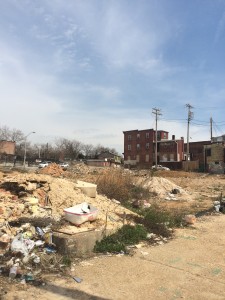 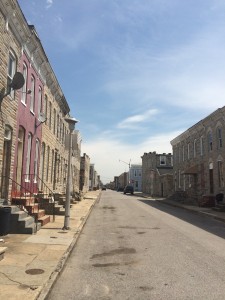 There wasn’t much in the way of signage, but the address of the building was easy enough to spot. 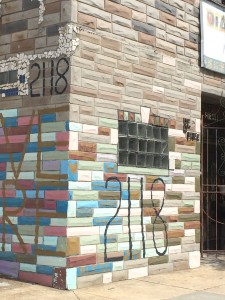 Be Free Floating is run by a couple of artist-musicians out of Ann Arbor. His name is Twig, and hers is less mnemonically apt. They bought the building for cheap over a decade ago and live upstairs. While Twig has had a lifelong fascination with consciousness, the sensory deprivation tank is a recent addition to 2118 West Pratt St. Depending on how you furnished your first apartment, the space has a familiar-seeming, welcoming feel. 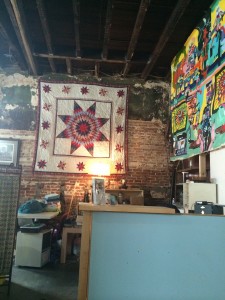 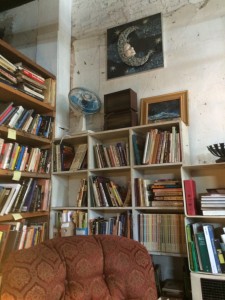 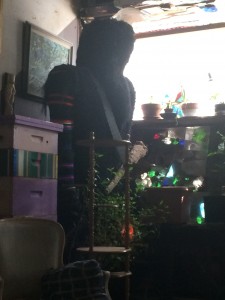 The tank is down the hall in another room. Twig ran through the process with me – shower before entering the tank, don’t touch your eyes once you’re in the water and shower afterward making sure to rinse out your ears. And with that, he set the timer and was gone. I was left to contemplate the rather odd-looking contraption and wonder why I had agreed to do this. 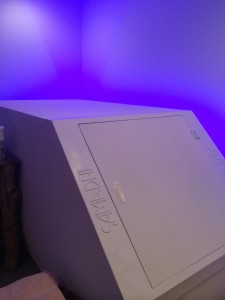 For those who want to skip ahead, the experience was a bit of a mixed bag. The session lasted an hour, and there were times when my interest flagged. Floating in the salt-slick silent dark, focused on the sound of my breathing yet unsettled by the clamoring of my heart, I imagined myself alone on a deep-space voyage adrift toward eternity. Lying perfectly still, cushioned by thick, heavy water seemingly between liquid and solid forms and with virtually no other sensory input, I let my awareness disappear and go blank. The phenomenologists regard intentionality as the fundamental property of consciousness, i.e., the apperceptions of consciousness are always about or of something. For some brief and recurrent periods in the sensory deprivation tank, I was elsewhere, which was only apparent when I had the distinct sensation of coming back to “normal consciousness.” I did not experience a union with the cosmos, I did not hallucinate, I did not see the face of god. But I was neither asleep nor aware. It was a very pleasant experience, and I wanted to return to it.

For a couple more times, I was able to do so. How long these periods lasted I have no way of knowing. The sense of time’s passage was very distorted – bereft of any external correlates, my awareness of time felt uneven and unsure. For the better part of the hour I was in the tank, I gently but unsuccessfully willed myself to reenter that mysterious vanishing state. Once I reconciled myself to the evident fact that this would not recur, I was left to float in the dark unsatisfied but not unhappy. 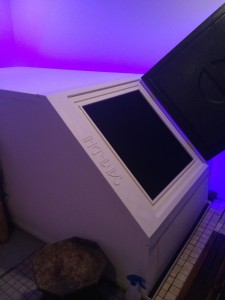 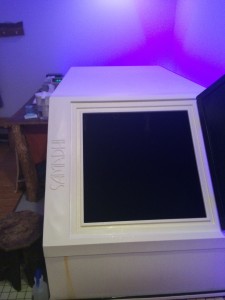