Everything But the Quack

I recently found a new place to get fresh locally raised duck so I decided to put up a post about breaking down a whole duck. Now while a good idea in theory, it turned out that I really needed someone else taking the pictures while I had my hands full. So this won’t be a comprehensive account but hopefully it will encourage someone else out there to try their hand at it.

I might roast a whole duck on another occasion, but I prefer to break down the bird, sauté the breasts, confit the legs, render the fat, make a stock from the carcass and feed the meat from the stock to my dog. We get a couple of meals out of it, a nice rich stock, some excellent duck fat and Toffee is happy as well.

Cutting the legs off a bird is pretty straightforward, but when you are doing it to make duck confit, it’s a good idea to get as much extra meat on the thighs as you can. Here I’ve pulled off some of the fat from the cavity and sliced off the thighs. 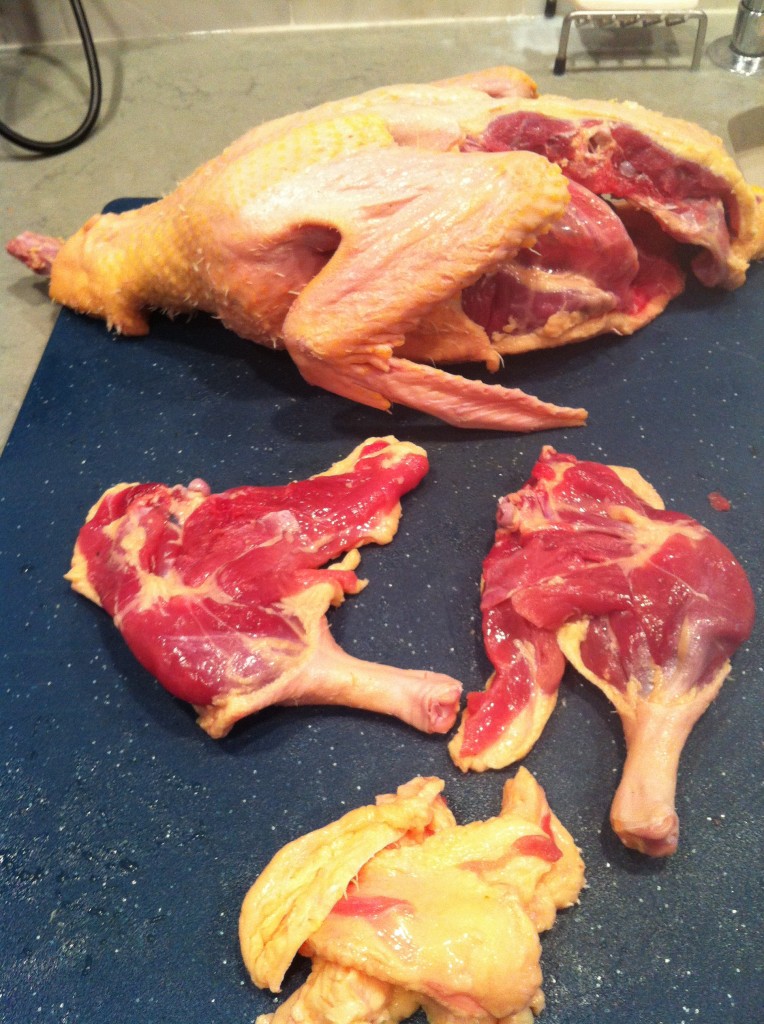 The only thing seemingly tricky – and I guess it is the first few times you do it – is deboning the breasts. It seems daunting but in fact it’s hard to screw up. All you need is a sharp boning knife and a bit of confidence. The worst thing that can happen is you leave too much meat on the breastbone and the breasts are all ragged and jagged. But if you’re making stock, as you should, the extra meat won’t go to waste and the breasts get plated skin side up so nobody will see what the other side looks like.

Start by running your knife along the breastbone and work your way all the way down. 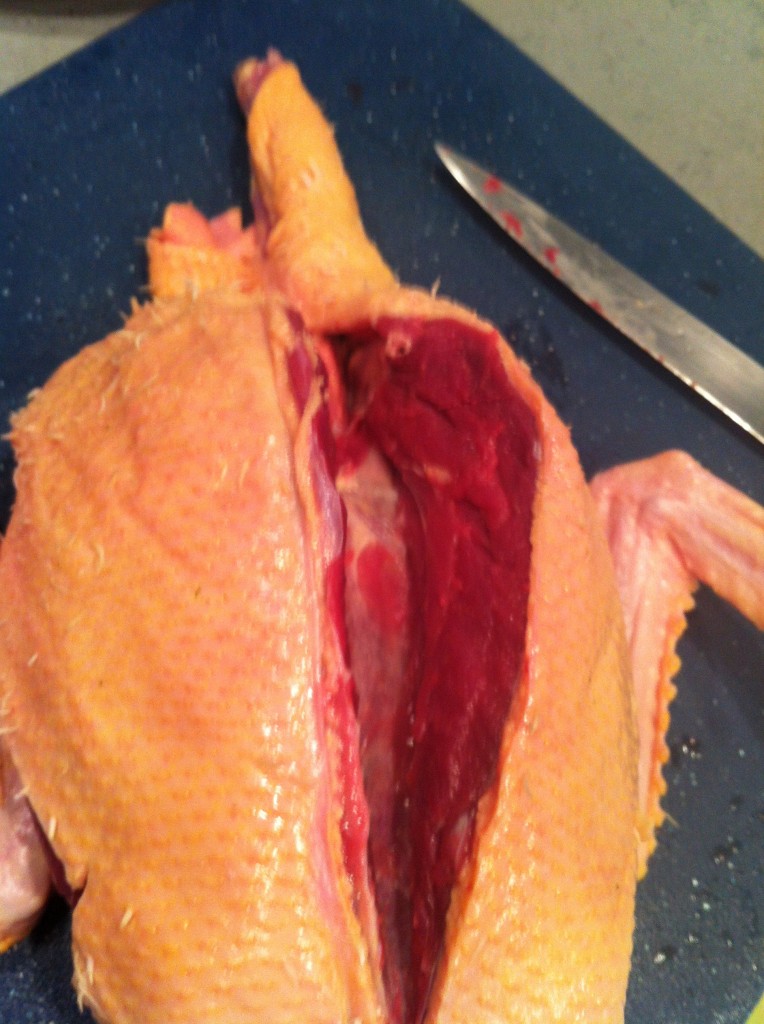 Once you’ve begun, the next step is easy. Keep slicing with the knife separating the flesh from the breastbone; you can push the breast away from the bone to get a clean slice right along the bone. 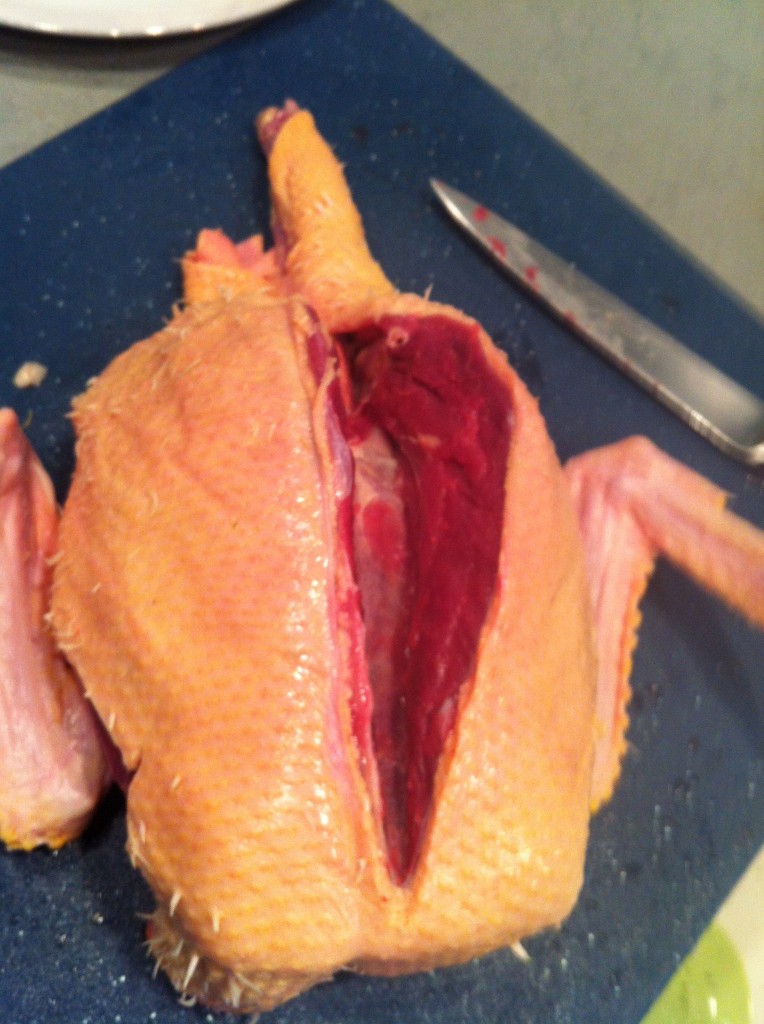 Continue to cut the breast off the rib cage and work your way up to the wing and the wishbone.

Getting the breast free of the wing and wishbone can be a little tricky. The easiest thing to do is to grab the wing and twist it out of its socket so you can get your boning knife into the joint. The wishbone I often cut through with a good pair of kitchen shears. Unfortunately I didn’t stop to take pictures after wrestling with the wings, but this is what the breasts look like when you’re done. 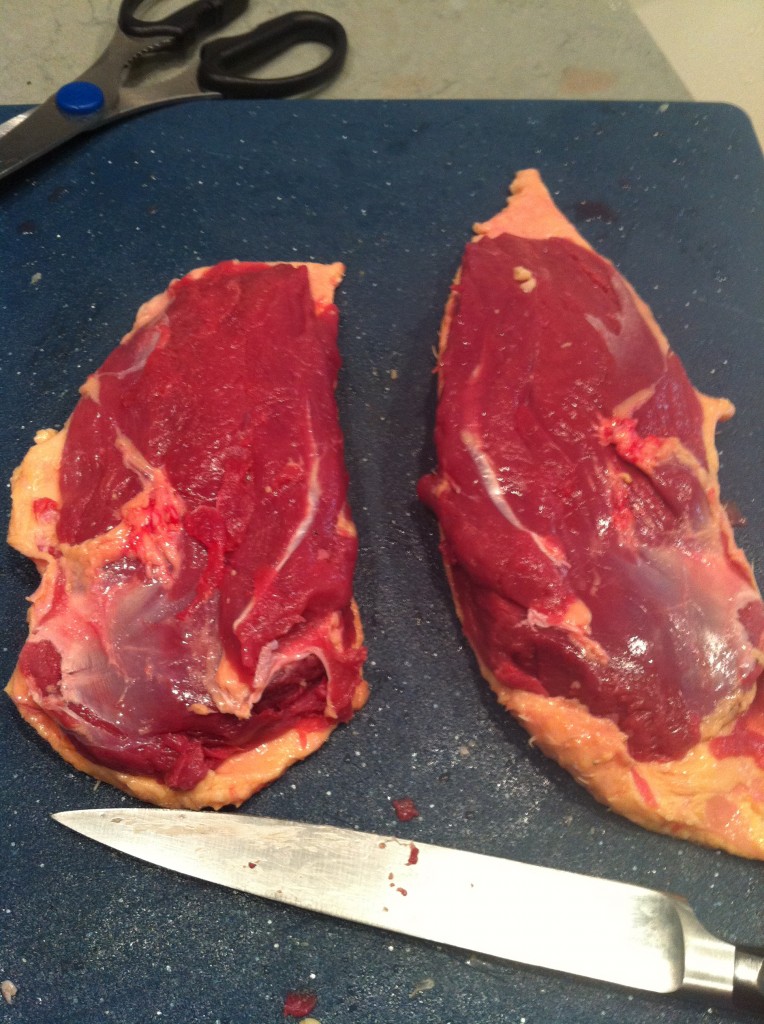 After a bit of trimming, we have a pair of 10-oz duck breasts ready for the sauté pan. 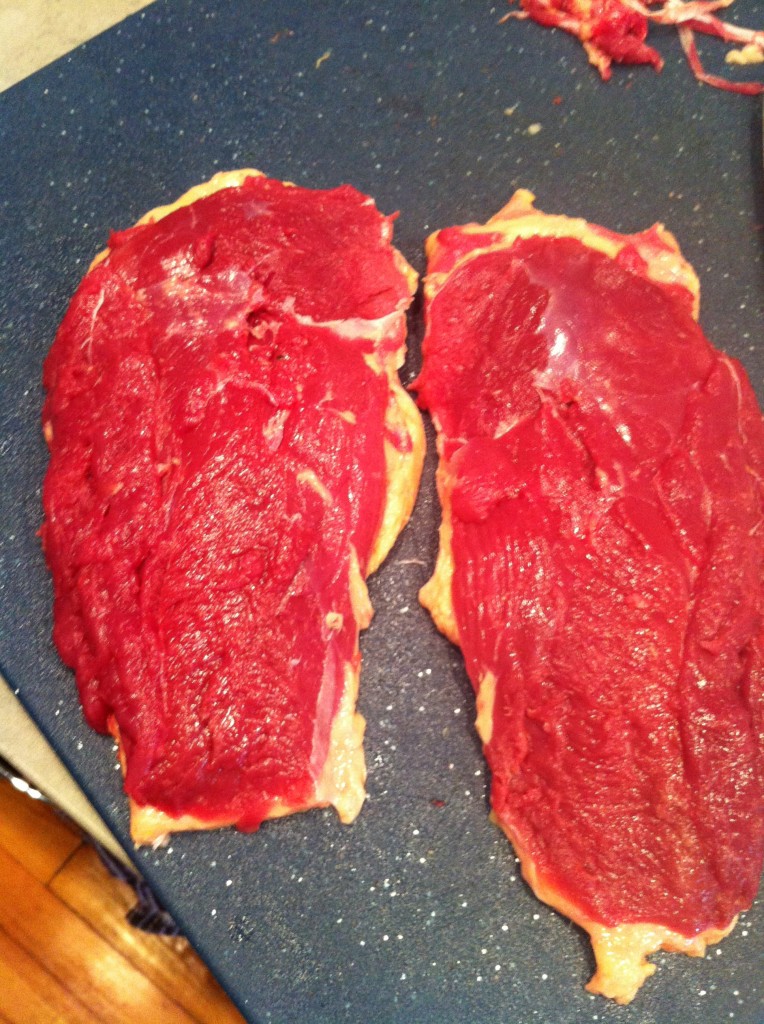 With that done, I mixed some salt into a bit of chopped parsley and thyme to season the thighs for their water bath in the sous vide tomorrow. 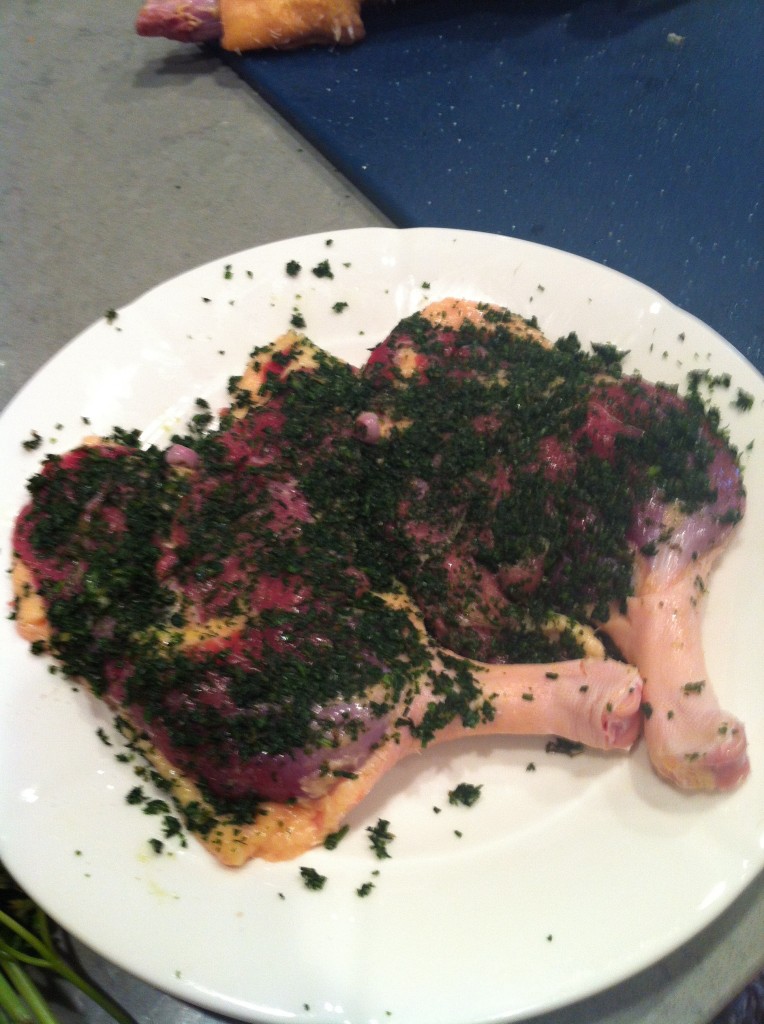 I chopped up all the fat and skin and set them to simmer to gently render the fat – the “first cold pressed” duck fat is fat that is slowly rendered by itself, i.e., it is not the fat you get from cooking duck meat, which occurs at a higher temperature and gets infused with blood and particulates from the meat. 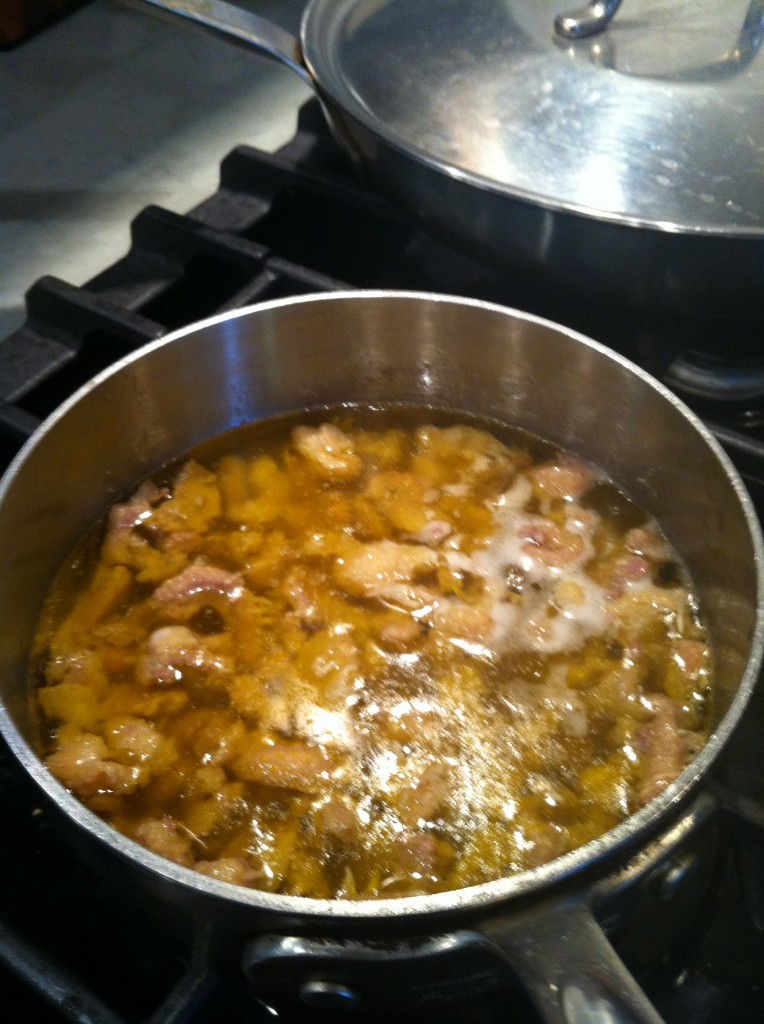 When I have bought duck fat online (yes, I have done that), the fat has been a creamy white not unlike lard. But the fat from the ducks I have been buying recently is a striking egg-yolk yellow, which I think reflects their diet (maybe their breed?) but I am not sure. 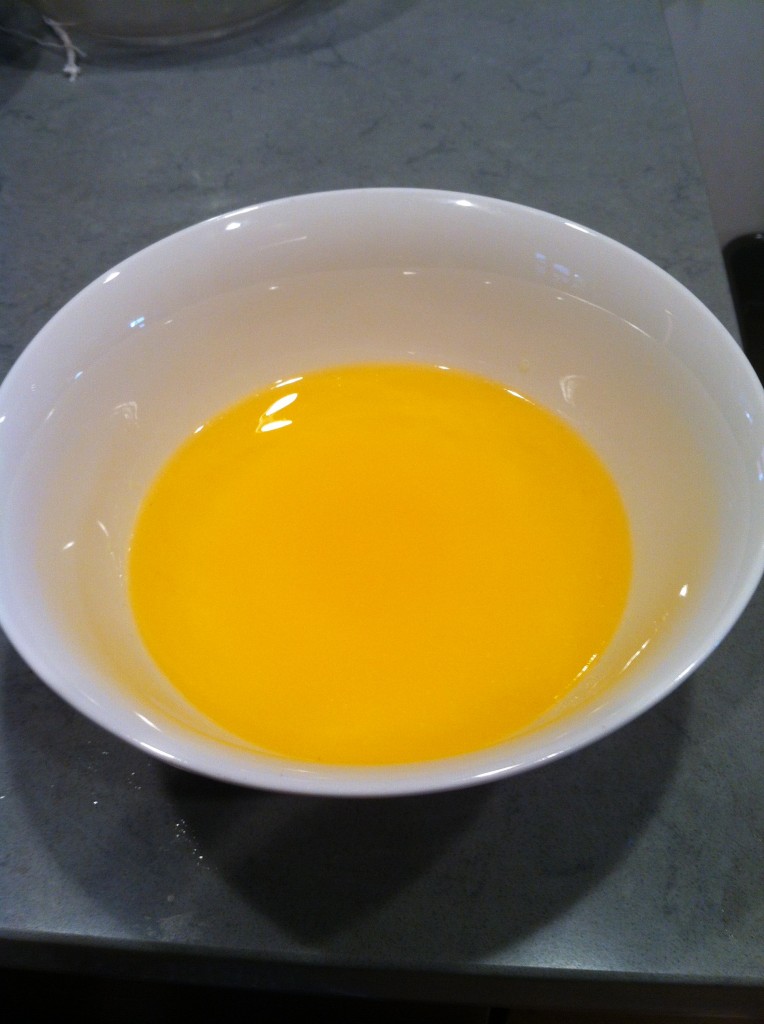 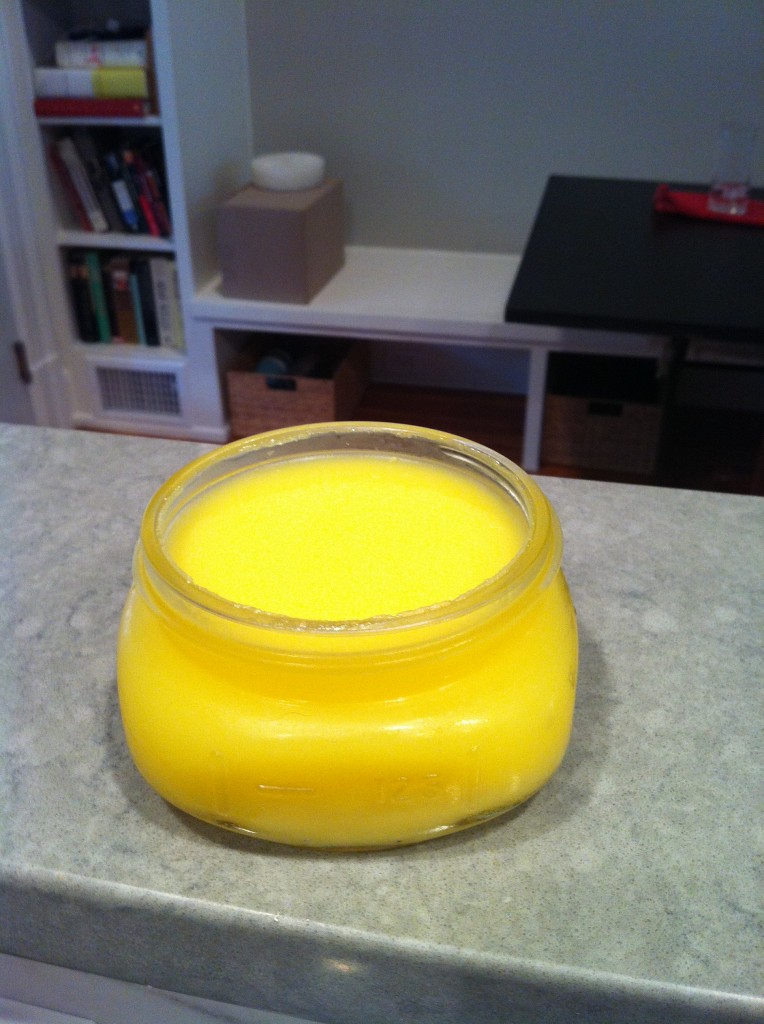 All that was left to do was to roast the bones and make stock. 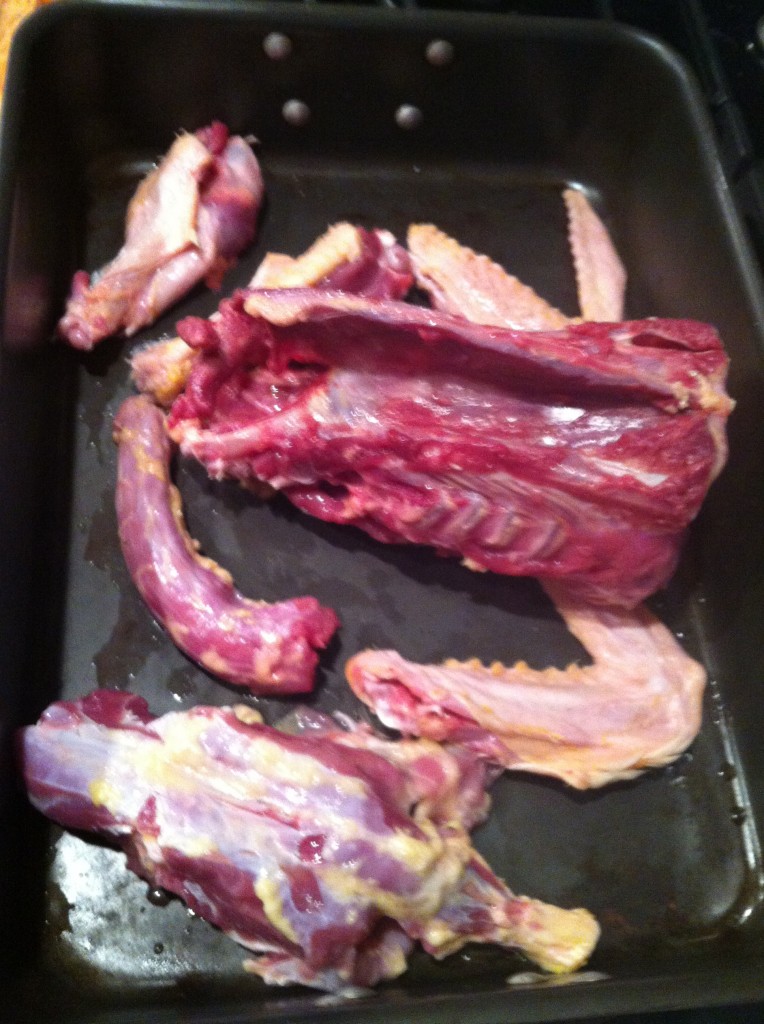 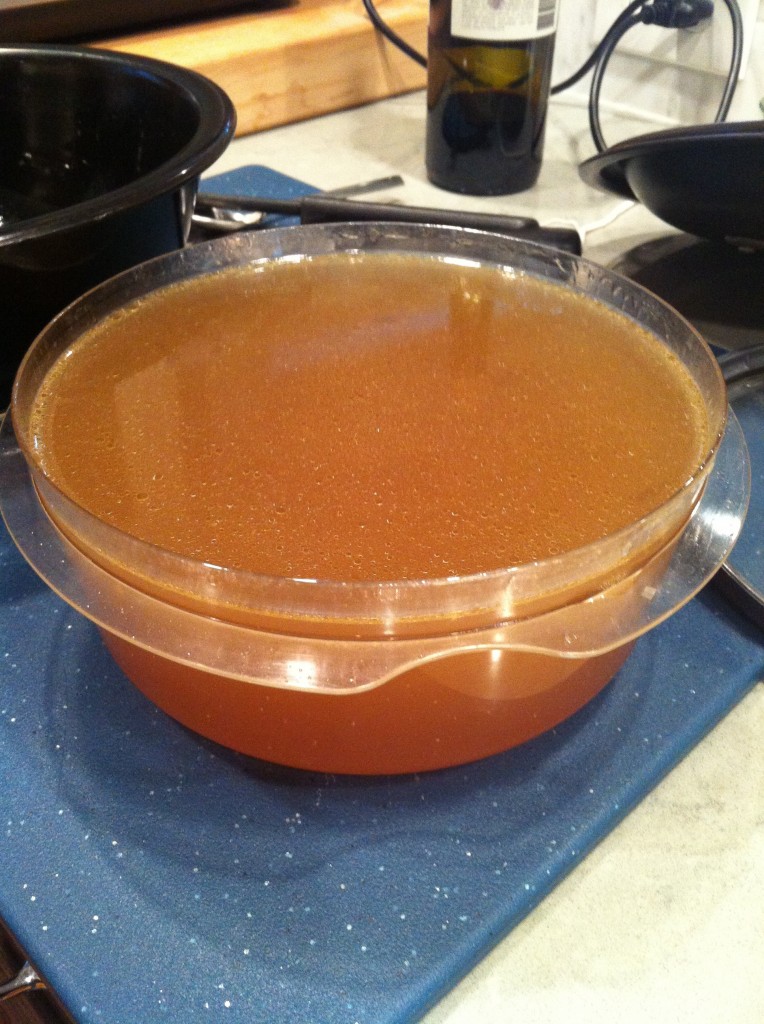 I forgot to take a picture, but Toffee got the meat off the bones after I strained the stock. 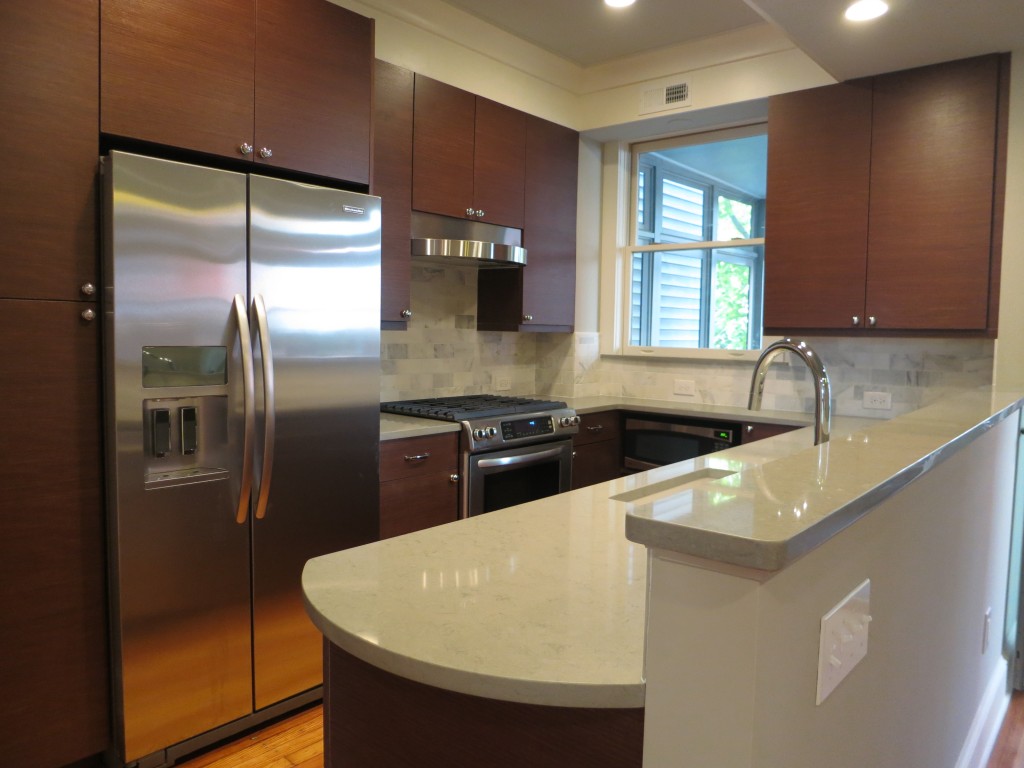 It’s going to take awhile to feel at home in what appears to be someone else’s kitchen. 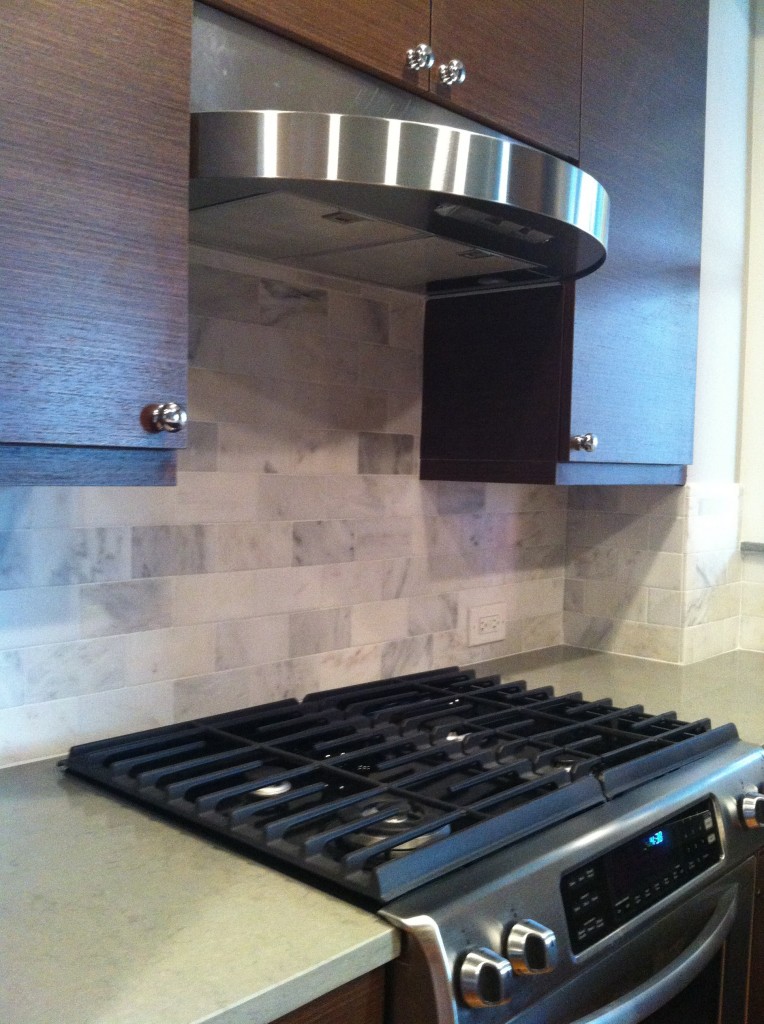 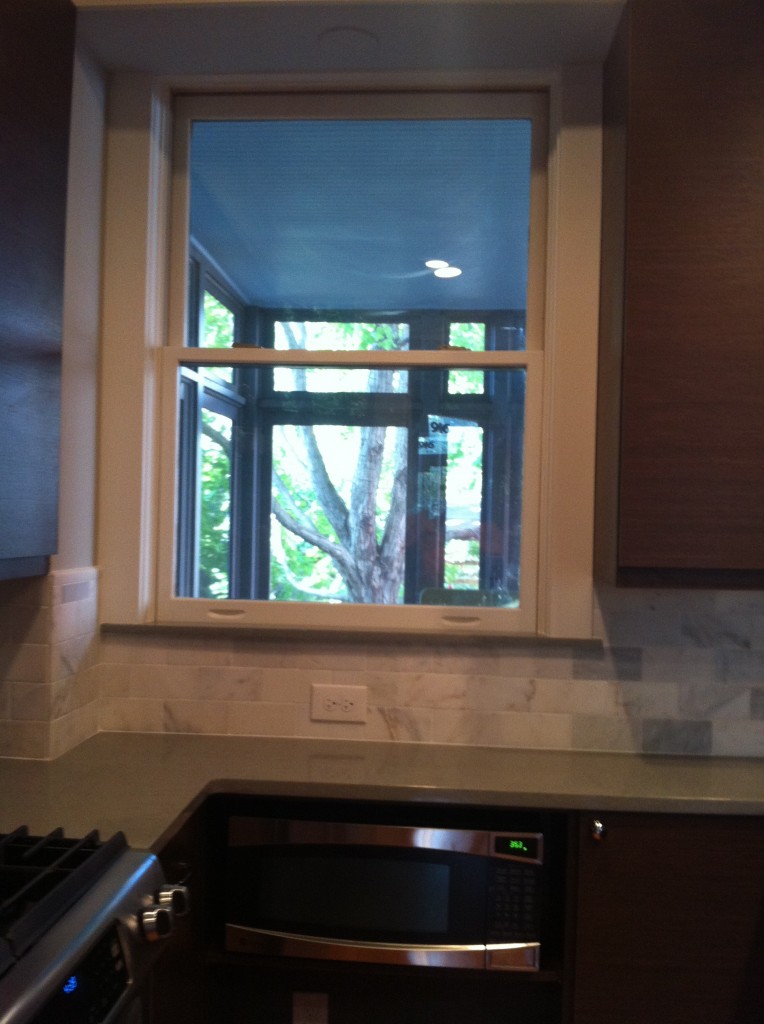 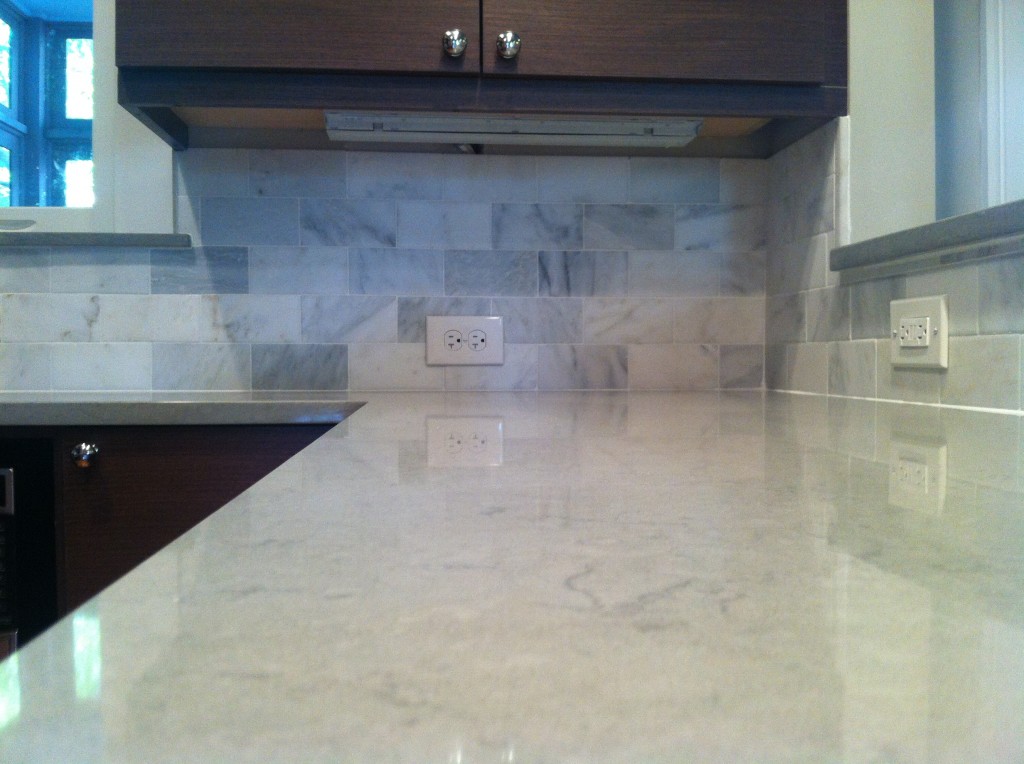 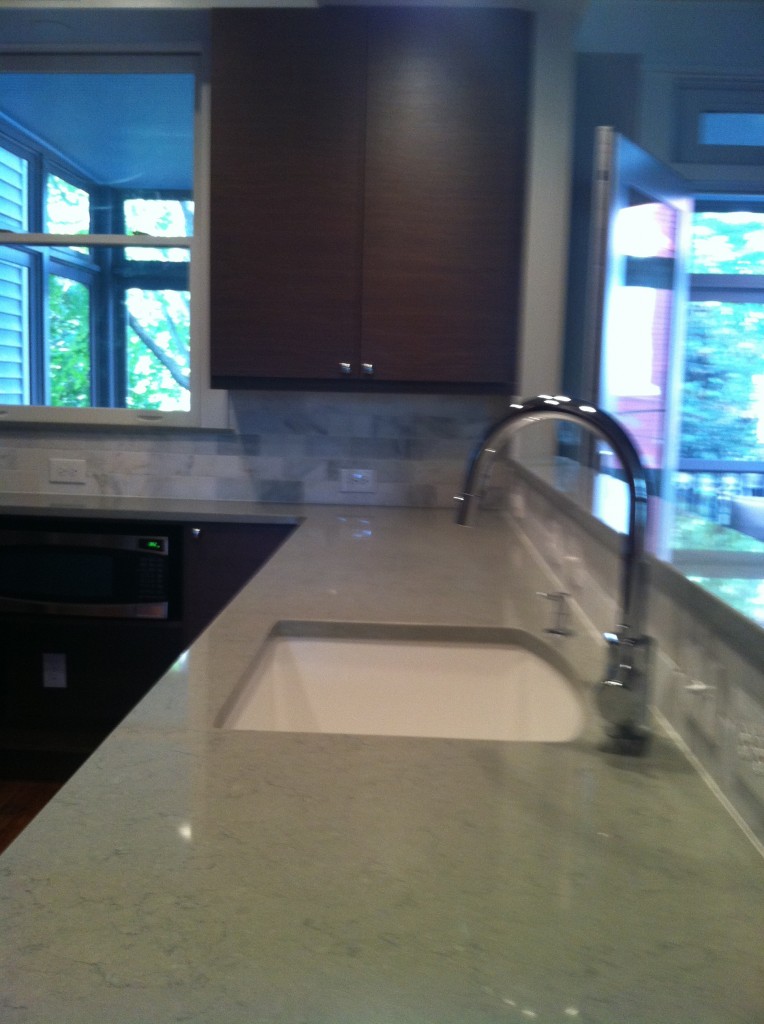 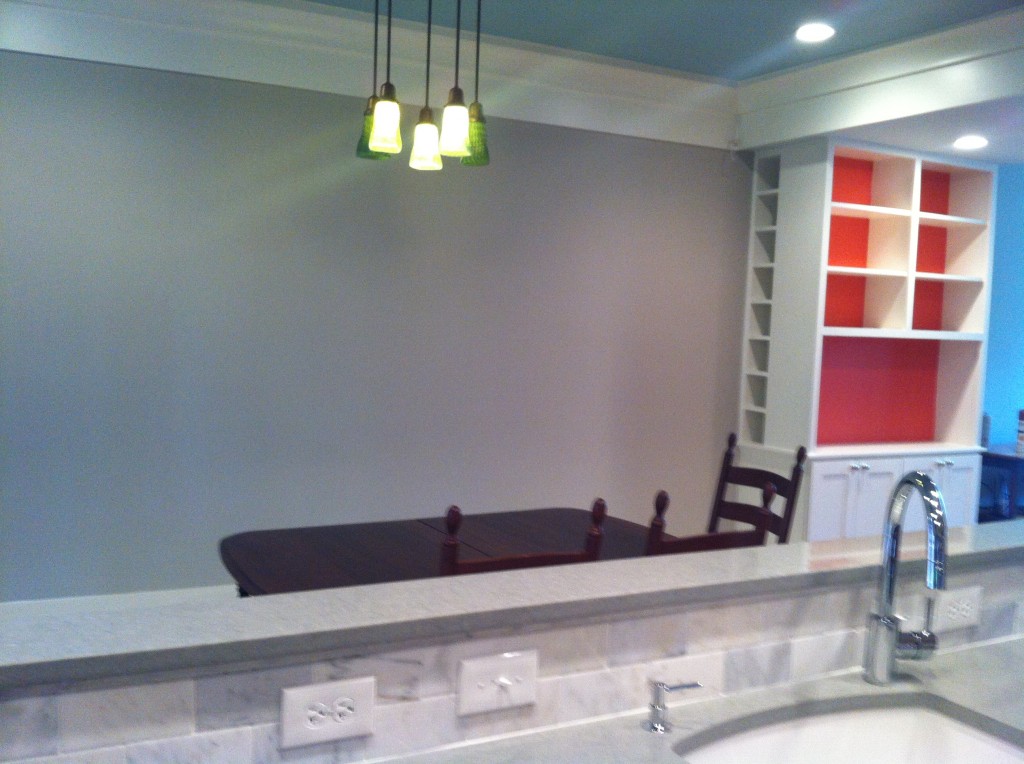 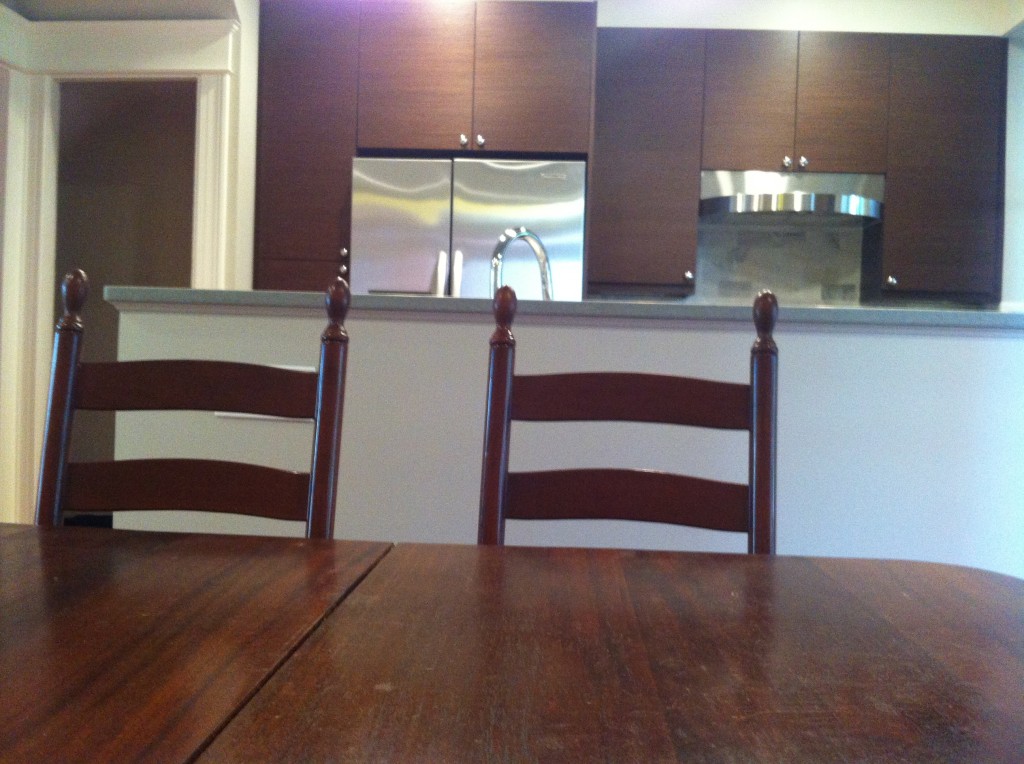 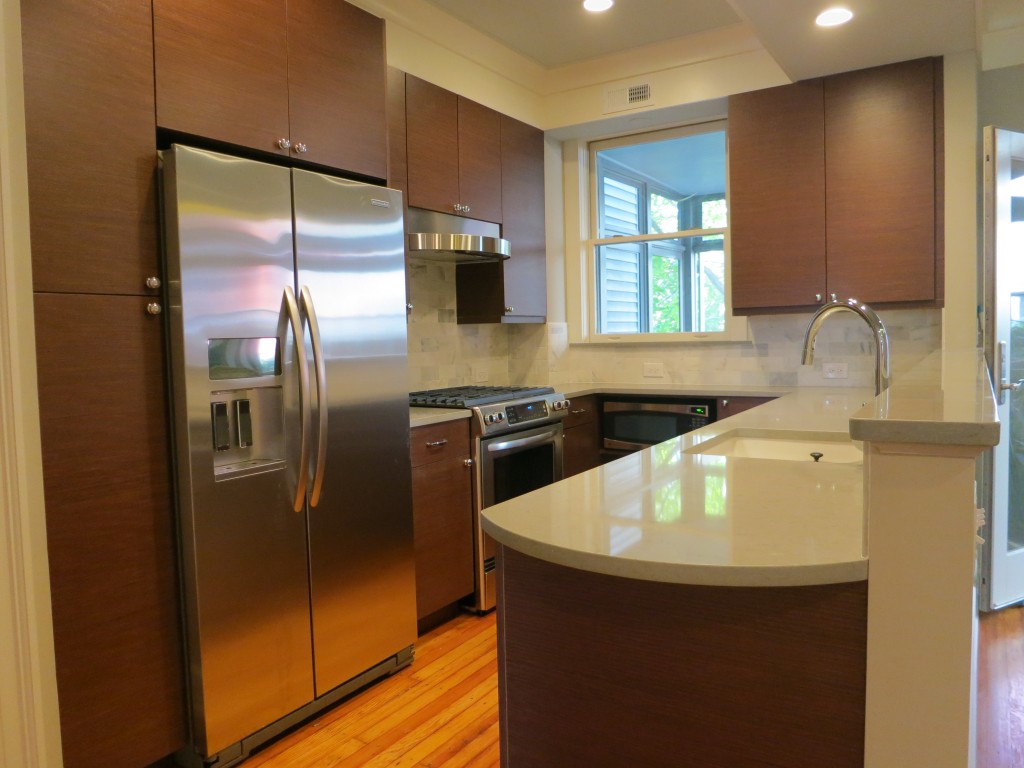 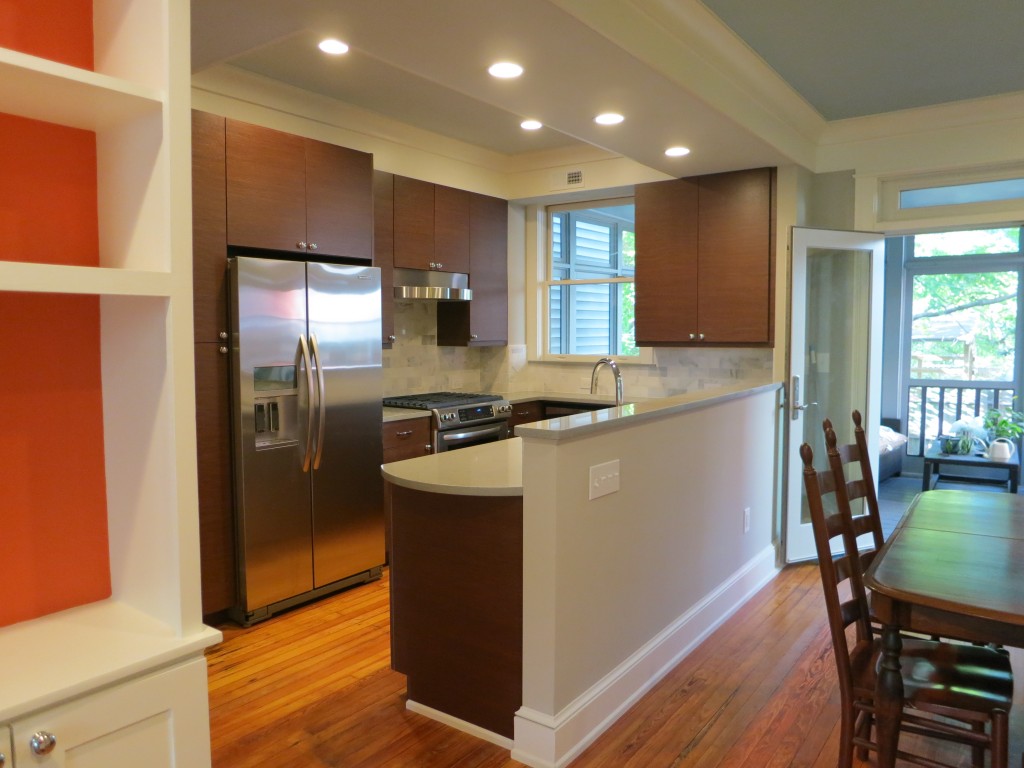